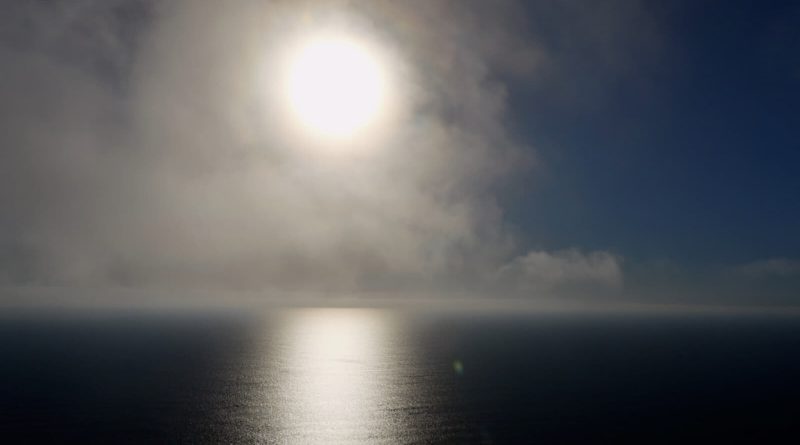 Are plants aware, and what does that even mean? Is it true using psilocybin in a controlled environment can actually alter understanding of self permanently? What is left of us, of our consciousness, when we die? These are just a few of the universal subjects being examined in the documentary Aware: Glimpses of Consciousness, from filmmaking collaborators Frauke Sandig and Eric Black. The film follows six researchers into consciousness coming at the big questions from very different perspectives, while interspersing the dialogue with meditative, naturalistic footage relating to the discussion. The result is a fascinating look at who we are, and how we fit into the cosmos and life’s continuum. Does it sound like just hippie-trippy nonsense to you? A expert in brain science, professor of plant behavior, and scientist at Johns-Hopkins University all convincingly argue otherwise, and will leave you pondering the concept of panpsychism, the view that the human mind is part of a unified conception of nature, and that mentality is fundamental and ubiquitous in the natural world.

Those profiled in Aware include an interesting collection of thought-leaders. Christof Koch, president and chief scientist at the Allen Institute for Brain Science thought consciousness can’t be explained by science, but his research is changing his mind. He is finding proof that the subjective part of each person can be explained by the brain, but at the same time is convinced consciousness is a fundamental feature of the universe. Mattieu Ricard was a Pasteur Institute-trained Ph.D of molecular genetics who, as he describes it, ‘changed his field of application’ when he became a Buddhist monk and moved to Nepal. He says if science is the rigorous pursuit of knowledge, meditation qualifies. Monica Gagliano is a professor of plant behavior and cognition who does research on biological intelligence, including experiments of Pavlovian response in plants. Josefa Kirvin Kulix is a Mayan healer and therapist who offers perspective from an indigenous point of view, which believes humans are part of a much larger sacred collective that all has one essence. Roland Griffiths is the director of the Center for Psychedelic and Consciousness Research at Johns Hopkins University, where he is conducting studies using psilocybin, the hallucinogenic element present in over 50 species of mushrooms. In reference to opening the window to our consciousness, he says, “If meditation is the course, psilocybin is the crash course.” He explains that from a neuroscience perspective, the influence of psychedelics on the default mode network, that is, the way the brain approaches experience through ego or sense of self, is that it opens the subject to greater freedom of choice that looks like that of their pre-trauma childhood. Many of his subjects qualify their experience with psychedelics as life-changing, saying they feel less alone, and have clarity around their being part of a larger collective whole. One such subject is the sixth person profiled, Richard Boothby, a professor of philosophy. His was the most moving of those profiled, in that he relates how his experience using psilocybin through the Johns Hopkins study changed how he perceived the death of his son by suicide. It literally reframed his understanding of love.

The progression from one interviewee to another, as well as the interplay between their perspectives, is what successfully builds the arc of the film. As Aware unfolds, some questions are answered, which invariably leads both those onscreen and those watching to ask others. That is the nature of this sort of inquiry. It is neither for or against religion in its consideration, although certainly atheists will feel welcome and validated in the conversation.
There is one quite jolting scene that will turn a number of viewers off of the film, however. Towards the end, around an hour and a half in, Professor Gagliano is attending a ritual in Chiapas, Mexico, in which they slaughter a cow onscreen. Though it makes sense in terms of the discussion around compassion and empathy, visually and tonally it is completely at odds with the rest of the film. The movie has such valuable information, it seems a shame for people to avoid it because of that 5 minutes. Be advised. Animal lovers and vegetarians who are curious about Aware should skip between 1:27 and 1:33 in the film.

Aware is the fourth collaboration between Sandig and Black, and the second in a new trilogy. It follows 2011’s Heart of Sky, Heart of Earth, which focuses on the daily lives of six indigenous Maya of Mexico and Guatemala. Notable about Sandig and Black’s work together, beyond the fact that they both write and direct their films, is that they are supportive of a gender-balanced crew on all their projects. That is as it should be, but it’s disappointing that after all this time, that commitment is still notable.

Humans are not nearly at a place where we have answered who we are, what we’re doing here, and what happens to us when we’re gone. Given what is happening to the environment and climate around the world, we could benefit mightily from answering questions about our place in nature and in the universe. A lot would change for the better if we truly knew how interconnected we are. With Aware, Sandig and Black show us some brilliant people getting closer to figuring out something essential to us all.