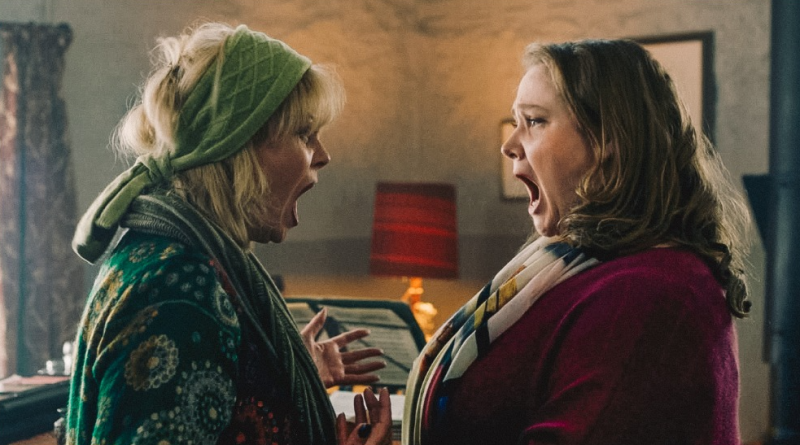 One notable effect of the COVID-19 pandemic is the massive reassessment many people have made about how they are spending their precious time on earth. The large number of people who have told their employers to “take this job and shove it” has been both a shock to the capitalist class and an inspiration to those who want to live more fulfilling, humane lives. Ben Lewin’s winning romcom, Falling for Figaro, takes on this phenomenon with humor and heart, aided mightily by its star, Danielle Macdonald.

Macdonald plays successful fund manager Millie Cantwell, who turns down a big promotion at her London firm to try to fulfill her lifelong dream of becoming an opera singer. She leaves behind Charlie (Shazad Latif), her coworker and live-in significant other, to spend a year taking vocal lessons with retired opera star Meghan Geoffrey-Bishop (Joanna Lumley) to prepare for the Singer of Renown competition, a fast track to an opera career.

Geoffrey-Bishop lives in a one-horse town in Scotland, where she has been working for years with baritone Max Thistlewaite (Hugh Skinner), who has yet to find success. A subtle competition between the two pupils morphs into an attraction as we follow them through lessons, a preliminary competition, and the final head-to-head in which Max sings “Largo al factotum,” the show-stopping aria sung by the character of Figaro in Rossini’s The Barber of Seville.

Macdonald is incredibly appealing, equally vulnerable and strong, and her acting during her performances sets a standard to which all opera singers should aspire. By contrast, Skinner plays his intentionally buttoned-down character with too much humility and too little fire. Lumley chooses to go the difficult-diva route with her characterization of Geoffrey-Bishop, revealing her emotions too late in the film for us to really invest in her. On the other hand, Ian Hanmore, who plays the proprietor of the pub where Max works and Millie lodges, is delightful, enlivening each scene in which he appears.

Mix in some lovely location shooting and amusing competition scenes, and whether or not you’re an opera fan, you might find yourself falling for Falling for Figaro.