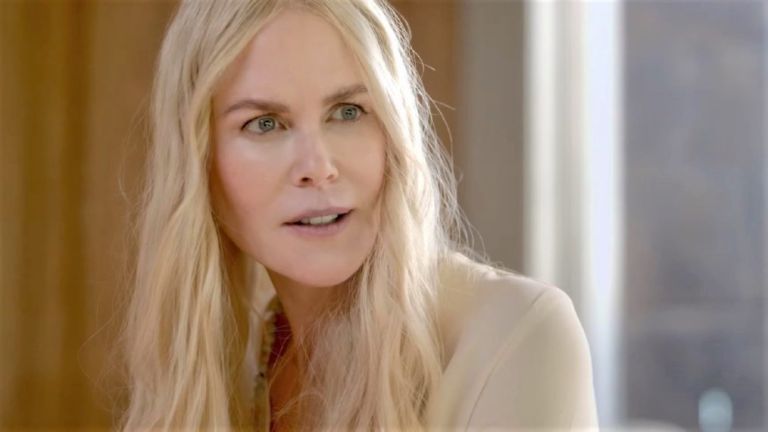 When production in Australia began on this new Hulu series, Nicole Kidman refused to meet the rest of the cast until she was in character as beatific Masha Dmitrichenko, the mysteriously serene leader of a holistic wellness center who uses questionable treatments and experimental practices on her clients.

“We were all waiting for her arrival and entrance,” Regina Hall, who plays Carmel Schneider, an anguished housewife whose husband left her for a younger woman, told Variety. “Suddenly, there she was – with this Russian accent – and I actually did not hear what she actually sounded like until we wrapped.”

The story begins with nine people arriving for a 10-day retreat at a Northern California retreat called Tranquillum House, run by enigmatic Masha with her two assistants: Yao (Manny Jacinto) and Delilah (Tiffany Boone). During their stay at her resort, Masha promises to heal and transform her guests.

On the Granger Gauge of 1 to 10, “Nine Perfect Strangers” is a slyly cryptic, slightly sinister 7, streaming on Hulu.