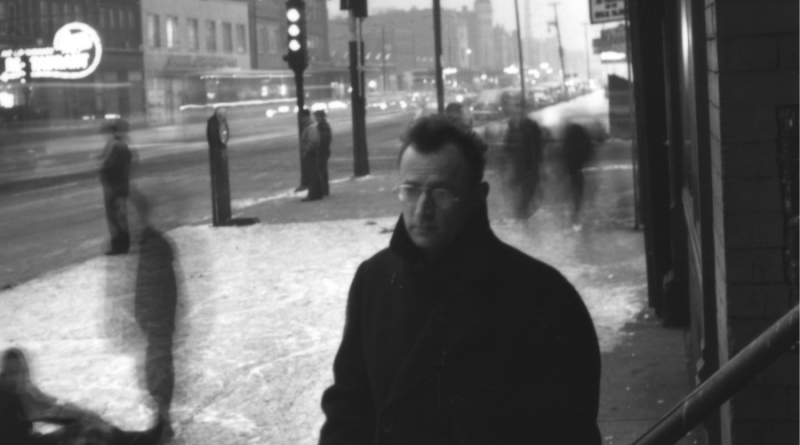 The powerful documentary, Algren, shines a much needed light on Nelson Algren. By highlighting his words as much as his deeds, director Michael Caplan raises Algren up to stand, again, by his contemporaries from mid-century American literature. He belongs with the greats, yet he is little known today.

Algren found fame early by descending to the demimonde of Chicago, his city. He wrote a biography of Chicago entitled, Chicago: A City on the Make, in which he said, “Once you’ve come to be part of this particular patch, you’ll never love another. Like loving a woman with a broken nose, you may find lovelier lovelies. But never a lovely so real.”

Algren wrote about people he observed as he walked his city’s streets — Polish immigrants (his people), hookers, and the hooked. In 1949, he turned their story into The Man with the Golden Arm. for that novel, he received the first National Book Critics Award in 1950, presented by a fellow writer, Eleanor Roosevelt.

Other contemporaries, such as Richard Wright, Ernest Hemingway, Studs Terkel, lauded Algren. By bringing in their words and vintage interviews, Caplan brings Algren out of the shadows. By highlighting Algren’s words, either on strips of typewritten paper or in narration by David Pasquesi, Caplan ignites Algren. By presenting those words against vivid, vintage newsreels, Caplan brings color to black and white, mid-century America in admirable edits by Drew Hall, who also complemented Algren’s quotes with contemporary images. Evocative music backs up the pictures.

Caplan follows Algren from his first success through his love affair with French feminist Simone de Beauvoir, through his days of being down and out or of serving in the Army or of his miserable gambling and lousy husbanding. Caplan does all this with interviews with people who loved him and whom he influenced — Studs Terkel, Russell Banks, John Sayles, William Friedkin.