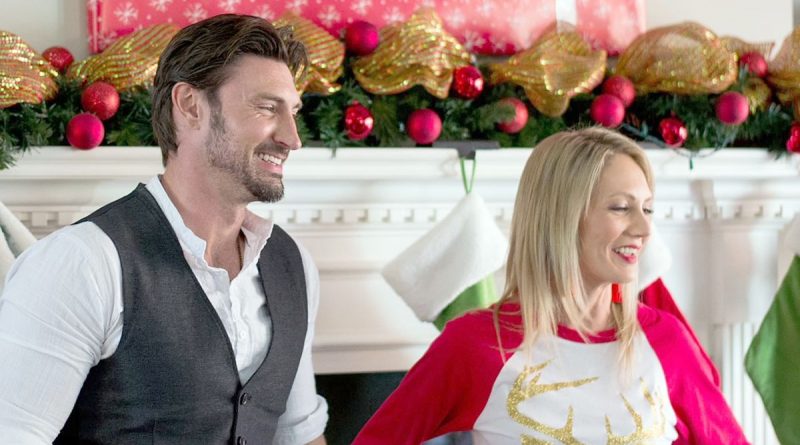 The holiday romance Christmas Collision is like unwrapping a gift when you already know what’s inside. In this case, it’s a predictable plot with attractive leads trying to save a family farm and an expansive (almost too expansive) supporting cast atwitter about a Christmas cookie competition.

I realize that the predictability baked into Christmas films, especially romantic ones, is comfort food for some viewers, and I’m no Grinch when it comes to a good love story. But stop me if you’ve heard this one: A city career woman arrives in a small town where the fresh air, home cooking, and a handsome guy cause her to reorder her priorities.

This setup was already tired by the Cameron Diaz half of 2006’s The Holiday and the 2009 Renee Zellweger vehicle New in Town. The former at least had the benefit of a script from veteran writer-director Nancy Meyers (Something’s Gotta Give) and decent chemistry.

Christmas Collision has loads of well-intentioned warmth, but it’s nowhere in the same league. All that’s missing are a couple of pratfalls on ice, although the film does work in a twisted ankle, thanks to those inappropriate heels career women in films often wear.

In this case, the busted heel and swollen ankle land Theodora Greenly (Sebrina Scott) on the sofa of Charles King (John Wells), the man whose Ohio farm she’s trying to repossess. Theodora works for her real-estate tycoon father (Vernon Wells) and arrives at the farm during the wake for Charles’s mother, who kept meticulous recipes but apparently didn’t pay the mortgage on time.

Charles is recently back in town himself, having found a career in a Boston ad agency none to his liking. He’s soon giving Theodora flannel shirts to keep warm while wondering how his mother messed up the payments. He’s also searching for where she stashed her famed cookie recipe.

Why Theodora’s dad wants the farm, besides money, is unclear, although there’s some underhanded dealing involving another tycoon (1980s heartthrob Michael Pare, Eddie and the Cruisers, Streets of Fire, who receives top billing but appears in perhaps three scenes). He gets an assist from the Ohio bank manager (Judy Littlefield), who stalls in handing over vital financial records while she schemes to win the cookie competition’s $10,000 prize.

Writer-director Lana Read (Western World) and co-writer Nancy Pushkar (The Randoms) are enamored with this contest, but it’s a tepid conflict, and many scenes frankly go on too long. The performances also are stilted, even among the large cluster of characters populating the background, including Charles’s best friend, that guy’s running buddy, the town mayor, carolers, the bank manager’s assistant, a busybody café owner (Pushkar), and her husband.

Like a Greek chorus, these people helpfully comment on the twinkle in Theodora’s eyes or how Charles is falling for her. Meanwhile, Charles and Theodora talk about her ankle, pie, soup, cookies, family, and aspirations. Scott and Wells make for a pleasant enough match, but for all their time in the kitchen, they don’t generate a lot of heat.