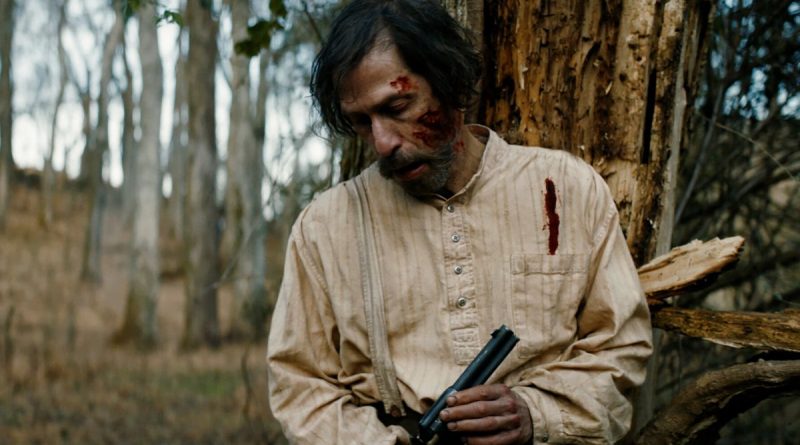 Every Western since the last Roy Rogers and Dale Evans production has been declared a rewrite on the genre. Old Henry would fit that declaration as it is not like the ones made in the Fifties or the ones made for television in the Sixties. It is like the ones made with buckets of blood and gallons of gore, but Old Henry adds secrecy.

One is led to wonder who Old Henry really is. In 1906 in Oklahoma Territory, he appears to be an aging farmer with a boy to raise. His wife died 10 years ago of tuberculosis. Her grave represents a marker for the movie. Into the lives of man and boy comes an injured wanderer. Old Henry nurses the man, cautiously, then even more gingerly after finding packets of money in the man’s saddle bags.

Lurking on the horizon is a passel of peacekeepers hellbent to make war. They have come for Curry, they say, but Curry says they are imposters, that he’s a lawman, in fact.

What’s Old Henry to do? Well, when the siege comes, as sieges will, he fires his guns. He seems awfully good at that, given that he’s just an old rancher. Hmmm, wonder if there’s something he’s not telling his boy about his past?

Tim Blake Nelson plays Henry with one eye at half-mast, a symbol of his half-hidden life. Nelson is known for a couple redefining Westerns, such as “O Brother, Where Are Thou?” and The Ballad of Buster Scruggs. He also is one of the executive producers of Old Henry.

Scott Haze plays the interloper. Gavin Lewis plays the son looking like a model for Michaelangelo. Trace Atkins plays the head of the posse.

Potsy Ponciroli wrote and directed the film, which means he knew what he had hidden in the plot in hopes of keeping people watching to suss out the mystery. As director, he’s the one who determines how much gun-slinging is good for his film. He chose the category “too much,” which is not good for this film, for the mystery is not that powerful. Ponciroli’s scenes of the amber waves of grain parallel to the horizon and with the sun through the sheaves are beautiful in and of themselves.

Even those grassy scenes do not support Old Henry as it tries, once again, to redefine the Western.