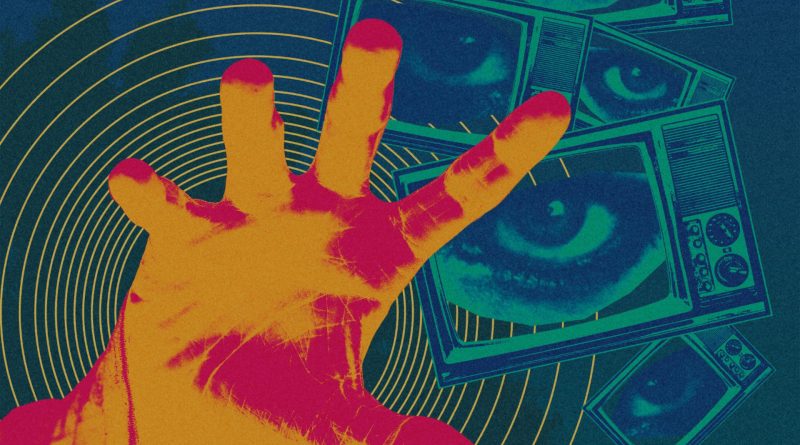 In 2021, if you were paying attention to the genre festival circuit, something rather magical happened. While many of the bigger name festivals had to hit the ground running when it came to adapting to the practical demands of switching – often with very little notice – from an in-person event to an online one, a group of smaller but highly reputable US genre festivals decided to use the challenges of the time to their advantage. And lo, the Nightstream Film Festival was born, a virtual collaborative event by the Boston Underground Film Festival, the Brooklyn Horror Film Festival, North Bend Film Festival, and Overlook Film Festival.

While the changes in circumstances from 2020 to 2021 have allowed some of these festivals to have live events, that the online Nightstream collaboration is still continuing is, in short, a blessing. The spirit of banding together in times of crisis so marked the 2021 iteration of the festival stirred an enormous sense of goodwill in the genre film fan community, topped off by quality programming and one of the more organic, enjoyable and well-populated virtual social spaces through Nightstream’s beautifully designed Gather meeting space, whose retro gamer aesthetics fitted neatly with the spirit of the festival more broadly.

The decision to continue Nightstream into 2021 when it will run from 7th to the 13th October is a welcome one; while many of us are able to get back to normal (or, at least, some kind of semblance of it), for a great deal of punters, there is still great comfort in being able to experience of a beautifully curated film festival that blends latest releases with an intriguing range of rep screenings from the comfort of one’s living room, pyjama-clad and snack-filled to our hearts content.

But Nightstream is not about the individual experience alone, and this is where it’s uniqueness stems from. Not only bringing together these four well-regarded festivals into a cohesive, celebratory whole, that spirit of community-mindedness in very practical terms with all proceeds distributed not only amongst the filmmakers and artists involved in this year’s festival, but with money also donated to both the climate change advocacy group the Sunrise Movement and the National Alliance to End Homelessness. “We are thrilled once again to be able to use funds from the festival to support artists and community causes we believe in, and are looking forward to audiences having a chance to discover new films and hear from the voices behind some of this year’s biggest releases”, the directors of Nighstream announced in a co-written statement. “This insane collaboration has once again been a joy for us all to work on, and we could not be more pleased to present the lineup for NIGHTSTREAM 2021.”

And what a line-up it is. The big names are here in abundance, both in the shape of special guests whose words of wisdom will be streamed directly into your home, and of course the films themselves. Along with video conversations with David Lowery (The Green Night), Greg Nicotero (Creepshow) and others, a highlight of these events is undoubtedly a conversation with the intriguing Akela Cooper, who recently penned the story and co-wrote the screenplay for James Wan’s audacious shocker, Malignant. A woman with an extraordinary grasp of genre and how it works, the conversation with Cooper especially promises to be a veritable master class in genre filmmaking. Additionally, a panel will be dedicated to the forthcoming Shudder anthology film Horror Noire – continuing the spirit of the Horror Noire: A History of Black Horror documentary of the same name – with writers including Tananarive Due, and the hardworking team at The Future of Film is Female return with another of their women-horror focused panel, this time including luminaries such as Ash Blackwell who (coincidentally) co-wrote and co-produced the Horror Noire documentary.

As for the films themselves, included amongst the 31 feature films and short films are world premieres including Jefferson Moneo’s Cosmic Dawn, Scott Friend’s To the Moon, and the online premiere of Scott Barbar’s This is Gwar documentary about the spikiest metal band on the planet. But this is far from your usual genre film sausage fests, with a range of dazzling features directed or co-directed by women, including the Tobey Poser, John Adams and Zelda Adams’s Hellbender, Danielle Kummer and Lucy Haley’s Alien on Stage, Renata Pinheiro’s King Car, Samantha Aldana’s Shapeless, and Jane Schoenbrum’s extraordinary We’re All Going to the World’s Fair.

But if there is one particular part of this year’s Nightstream where the authorial voice of women flourish, it is in the screening of House of Psychotic Women: An Autobiographical Topography of Female Neurosis in Horror and Exploitation Films, author Kier-La Janisse’s victorious turn to documentary filmmaking with her 3+ hour long magnum opus Woodlands Dark and Days Bewitched: A History of Folk Horror (which, in the spirit of transparency, your author here is briefly interviewed in). Accompanying this is a side-bar of extremely rare folk horror films hand-picked by experienced curator Janisse herself to accompany the screening of her documentary, including Including Ian Coughlan’s 1981 Australian film Alison’s Birthday, Ryszard Bugajski’s Clearcut from Russia (1991), Eyes of Fire (1983) by Avery Crounse, and the exquisite Norwegian folk horror classic Lake of the Dead from 1958 by Kåre Bergstrøm, which was recently remade in 2019 by Nini Bull Robsahm. Short films from women included in this year’s festival include Annalise Lockhart’s Inheritance, Pare by Lauren Sick, The Expected by Carolina Sandvik, Cracks by Andrea Cazzaniga, Lilias Adie by Elize du Toir, and Such Small Hands by Maria Martinez Bayona.