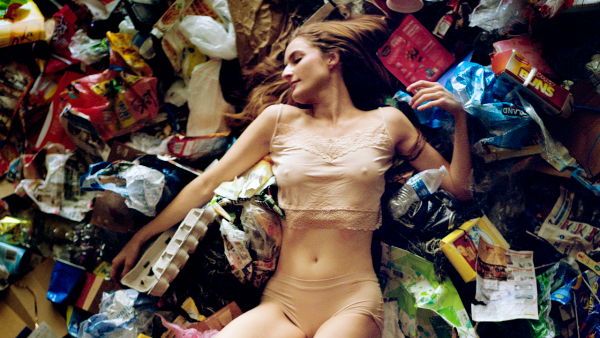 Eating disorders haven’t had a particularly even or consistently sensitive treatment in their on-screen representations. In Heathers (1989) they were a punchline, while at the other end of the spectrum, in Girl, Interrupted (1999) they formed part of the texture of the psychiatric institution that was the centre of that celebrated film that won Angelina Jolie a Best Actress Oscar. There are quirky art films like Todd Haynes’ iconic Superstar: The Karen Carpenter Story (1987), horror movies like Dario Argento’s Trauma (1993), documentaries like Thin (2006), festival fodder like To the Bone (2017), and of course made-for-television movies like When Friendship Kills (1996). TV movies may be the most (unfairly) disreputable form here, but in their defense when it comes to the subject of eating disorders, a number of these films actively involved women who themselves had lived experience of life with eating disorders, such as Tracey Gold in For the Love of Nancy (1994), and Perfect Body (1997) which starred Cathy Rigby who, like Gold, also had an eating disorder.

In recent years, a small cluster of films have emerged that have thoughtfully reengaged with the notion of eating disorders; Carlo Mirabella-Davis’s Swallow (2019), Ruth Paxton’s A Banquet (2021), and Samantha Aldana’s Shapeless (2021), co-written and starring Kelly Murtagh who brought her own experience of bulimia to the film in an undeniably brave, compelling manner. Murtagh stars as Ivy, an aspiring singer in New Orleans who fronts her struggling band at night and works in a laundry by day. Her bulimia remains wholly invisible from those around her and defaulting to finding socially acceptable ways to work it around her peers without arousing suspicion or concern is second nature to her. But like so much in life, Ivy’s bulimia seems manageable until, suddenly, it is not.

“Intimate” feels too weak a word to describe what Shapeless is; focused first and foremost on the corporeal, to describe it as a “psychological portrait” too feels to miss the essential bond Aldana and Murtagh thrive to establish between body and mind, making the two in their telling of Ivy’s story wholly inseparable from each other. This is nothing as simplistic or as patronizing as a movie that seeks to give us an idea of “what it is like to live with bulimia”; rather, it is a sensorially immersive portrait of a woman whose disordered eating and comorbid OCD spirals from a point where she seems to believe she is controlling it, to one where it is unambiguously controlling her.

This focus on the sensory and Ivy’s subjective vision of the world is the engine that drives Shapeless. In terms of film form, a dominant, stylistic regime that privileges distorted and refracted images never glamorizes bulimia, but rather renders Ivy’s complex internal life visible in a way that, arguably, plot and dialogue could only in comparison even clumsily approach. Shapeless also actively rejects patronizing, reductive tropes and stereotypes that reduce the psychology behind Ivy’s bulimia to unhelpful binaries like “fat”/“skinny”; rather, what we have here are more complex (and deliberately far more intangible, even at times abstracted) tensions between things like visibility/invisibility, autonomy/dependency, body/spirit, and, ultimately present/future.

Incorporating into this is an increasing body horror element, which while not a horror film per se certainly shows how elastic the iconography of that subgenre can be when addressing the broader notion of bodies, identity and control. While making comparisons to filmmakers such as David Cronenberg perhaps inevitable, to dismiss this important thematic and spectacular component of Shapeless as mere fanfic misses out a vital element of what the film is doing and how it seeks to do it. Yet while the fascinated repulsion that body horror evokes is unmissable in the film, perhaps just as important is the sensory centrality of music itself – it is the passion that drives Ivy and reminds us that her lived experience through her senses are not those typically privileged in films about eating disorders such as vision (relate to the perception of self) and taste (related to food and eating). Indeed, it is the very emotionality of music in Shapeless – be it diegetic in the form of Ivy’s singing, or non-diegetic in regard to the somber, dark string score that permeates the film – that grants the movie perhaps its most intense source of emotionality. Now playing at the Nightstream virtual film festival, Shapeless is, ultimately, an immersive, intoxicating experience where the sensory trumps more orthodox narrative storytelling elements, a perfect fit when it comes to the film’s challenging subject matter.