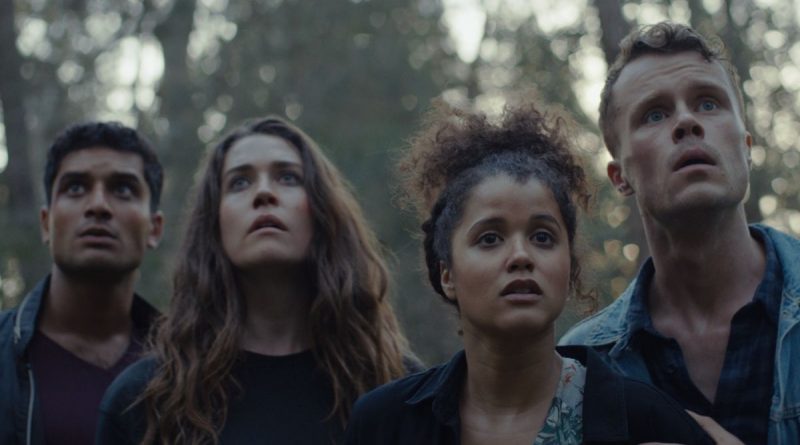 Sometimes science fiction runs at you straight out of the gate, grabbing you by the throat with all the bells and whistles of its familiar iconography: spaceships! Nuclear monsters! Ray guns! And sometimes, those elements are so low-key that it is almost easy to miss that a film falls under the science fiction umbrella at all. It is in this second category that we find the melancholy reflection of grief, love, loss and letting go, The Greenhouse.

Directed by Thomas Wilson-White, this low-budget Australian indie film currently playing at the virtual Nightstream film festival follows four siblings who are trying to get on with their lives after the death of one of their mothers. While Raf (Joel Horwood), Doonie (Kirsty Marillier), and Drew (Shiv Palekar) have all moved on – both emotionally and literally as they have shifted away from the small town where they grew up with their two queer moms – Beth (Jane Watt) has stayed behind to look after her surviving mother Ruth (Camilla Ah Kin), based primarily on a promise she made to her other mother Lillian (Rhonda Findleton) before she died. But there is more to Beth’s refusal to move on than meets the eye, and when she discovers the large greenhouse on the family’s huge property has time travel capacities, Beth is able to at first hide and then explore more deeply the wounds and joys of her past. But can she hide in the past forever?

The Greenhouse is a moving family drama that uses science fiction as a tool to travel not just back into time, but to effectively and sensitively explore the emotional histories of its key characters. A story told very much from the heart, while clearly not autobiographical as such, there is a sense of truth and authenticity to The Greenhouse that is always genuine; the sexuality of Beth’s parents, for example, feels neither shoe-horned in nor token. Like so much else in the film, it’s just the way things are, whether Beth can deal with it or not. A beautiful meditation on life, love, family and the fear of opening ourselves up to unknown futures, The Greenhouse is a confident, quiet treasure.