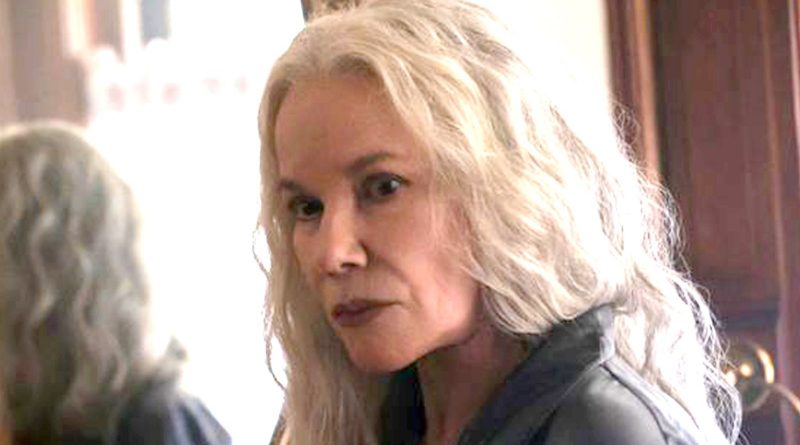 Belgian-born, US based filmmaker Axelle Carolyn has, across the organically evolving stages of her career in horror, gained an intuitive understanding of the genre few can equal. Writing in her early days for cult horror magazine Fangoria, Carolyn soon turned to long-form writing, first with her award-winning 2008 book It Lives Again! Horror Movies in the New Millenium, and more recently penning the 2018 volume, The FrightFest Guide to Ghost Movies. Publishing a number of short stories, Carolyn soon turned to filmmaking where she wrote and directed a number of shorts. A shift to feature filmmaking felt almost inevitable, and her brilliant 2013 ghost story Soulmate marked the arrival of a formidable new talent, despite a frankly bewildering controversy surrounding the film triggered by pearl-clutching British film censors.

As this brief biographical snapshot suggests, Carolyn’s horror career is marked by an impressive agility in terms of her ability to shift between different roles, different forms, and different subgenres. This marks her work behind the camera in particular; on one hand she was a writer for the recent sassy reboot The Chilling Adventures of Sabrina series for Netflix, and her segment “Grim Grinning Ghost” in the 2015 anthology Tales of Halloween was a playful, feminist meta experiment with the genre more broadly and its affinity for gendered tropes.

Along with directing episodes of Mike Flannagan’s The Haunting of Bly Manor (2020) and the 2021 reboot of Creepshow, with the recent release of the feature film The Manor for the Blumhouse/Amazon anthology film series Welcome to the Blumhouse, Carolyn has only further established herself as a significant contemporary horror filmmaker. Reuniting its stars Barbara Hershey and Bruce Davison from Frank Perry’s classic 1969 coming-of-age film Last Summer, The Manor follows Hershey as Judith, a one-time ballet dancer who has a stroke at her 70th birthday party and decides to voluntarily admit herself into a nursing home so as to not burden her daughter and her beloved teenage grandson Josh (Nicholas Alexander). Almost instantly befriending a group of similar free spirits led by Davison’s Roland, Judith’s confidence in her decision begins to waver after a series of increasingly disturbing events begin to occur her, leading to a climactic discovery about her new home and its inhabitants.

The Manor is tightly structured as it leads towards the revelation of the sub-genre whose codes and conventions the film most comfortably adheres to (to reveal what this would spoil the movie). But perhaps much more importantly are the more socially minded aspects of The Manor which largely pivot around the medical gaslighting of an older woman. Told that she has Parkinson’s related dementia, this not only has the dual function of making those who could otherwise help and support Judith doubt her, but – even more distressingly – to cause Judith even at times to doubt herself. Played in a superb performance by Hershey, at the top of her game here as much as she ever was, we realize Judith is made of tougher stuff. Indeed, it is her strength that not only drives the film’s narrative, but keeps us connected to its action as it delves increasingly into the realm of supernatural fantasy. The Manor is yet another feather in Axelle Carolyn’s cap, and with an actor of the caliber of Barbara Hershey at the helm, it is clear that for Carolyn, when savvy producers and funding bodies are wise enough to grant her opportunities such as this, the best is surely yet to come.