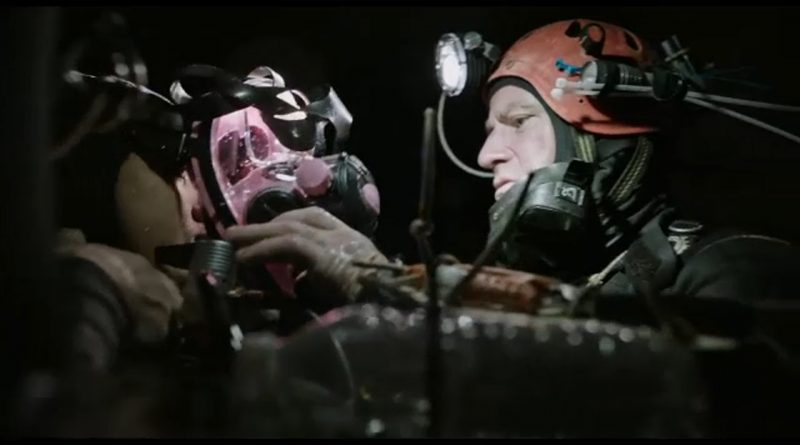 The Rescue reveals the herculean efforts to save boys trapped in a flooded cave.

In 2018 near Chiang Rai, Thailand, twelve boys on the Wild Boars soccer team and their coach became trapped in a cave flooded from early monsoon rains. An international team of experienced scuba cave divers assembled and brainstormed, frantic to devise a way, against incredible odds, to attempt a rescue from a lengthy labyrinth of tunnels and chambers.

Documentarians Elizabeth Chai Vasarhelyi and Jimmy Chin chronicle the spellbinding, two-week plus, white-knuckle effort to maneuver underwater two kilometers from the cave entrance to the remote chamber where the boys are trapped, with more rain threatening. The best, most experienced British cave divers, Royal Thai Navy SEALS, US Special Forces, an Australian diver/doctor, an array of local support staff from the entire Thai community, and more contributors all come together to face this unprecedented challenge, meaning there was no blueprint for success. In fact, every detail argued against accomplishing their objective, cave diving known as among the most technical and dangerous of all elite athletic endeavors.

Through reenactments necessitated by the cave’s pitch blackness and muddy water, illustrative animation, global media news footage from the numerous crews that descended on the area, and contemporary interviews with several of the principals, The Rescue informs and enlightens. As in their previous documentaries, Free Solo and Meru, Vasarhelyi and Chin prove they know how to explain a perilous situation and to intensify the suspense. As a PADI scuba diver myself for several decades, once with a search-and-recovery rating, I had followed the story at the time. For anyone not familiar with what happened, I won’t reveal the conclusion. But even knowing the outcome, my heart was in my throat, tears in my eyes, for this awe-inspiring, dazzling struggle.

This is an inspirational lesson in courage and accepting moral responsibility for each other, as director Chin and Vasarhelyi write in press notes. It illustrates what can be accomplished when intelligent, cooperative, resourceful, and selfless individuals apply their unique talents to solving an apparently irresolvable predicament, shouldering huge risks for themselves in an attempt to save humanity in the process. The Rescue is in English and Thai with English subtitles.