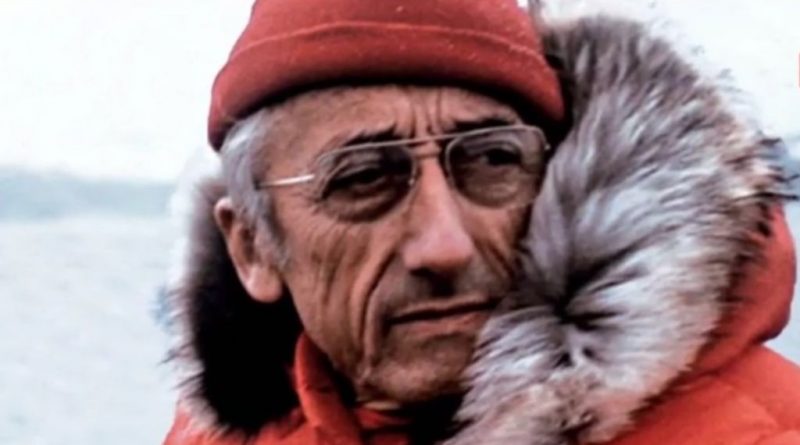 The legacy of Jacques Cousteau lives on in Liz Garbus’ latest documentary Becoming Cousteau which is sure to inspire a new generation of environmentalists.

Garbus’ documentary takes a deep dive – literally – into the world of legendary French oceanographer Jacques Cousteau. His undersea films introduced millions around the world to the wonders of the ocean as he became one of the earliest celebrity faces to warn about the devastating effects of climate change.

Taking the standard documentary format of chronicling Cousteau’s life from his early years through to his 1997 death, Garbus effectively swims between both the educational aspects of his career – including his invention of the Aqualung and his warnings of sea warming – and that of his personal life on the path to reaching celebrity status.

His journey is no doubt a fascinating one with his connection to the undersea world born out of an accident that very nearly cost him his life. Quickly becoming infatuated by the vast world under the surface, Cousteau’s three-man diving trips in 1930s gave way to some of the earliest and most-vivid underwater cinematography of the times. Though his film The Silent World became the first documentary film to ever be award the Palme d’Or at Cannes, he hesitated to call any of his movies documentaries, instead preferring the term “adventure film”.

As awe-inspiring as his dives and films were, his explorations in the sea were not without tragedy. From diving accidents to the death of his son Phillipe in a seaplane crash, Becoming Cousteau really hits its stride in its second half when we get to know more about the French explorer as a person. Following his son’s death, Cousteau noticeably takes on a more pessimistic view of the changing climate, chugging forward in his work and warning about the dire consequences warming waters will have on future generations. Seen as a doomsayer too negative for 1970s primetime TV, his calls to heed the warnings of global warming are perhaps even more frustratingly relevant than ever.

Though now remembered for his conservationism and the Cousteau Society’s mission to protect the seas, Garbus depicts his shift into a conservationist as a slow and steady process spurred on by ocean pollution after Cousteau witnessed a freighter full of toxic chemicals sink into the sea. During his lifetime Cousteau’s own stance on the environment changed. He too was critical of his own early efforts, recalling in horror how his 1956 film The Silent World featured the brutal killing of a shark by his crew on-camera, illustrating how his own world view was continuously evolving.

It’s those personal elements and anecdotes that bring Becoming Cousteau to life. Garbus constructs Cousteau’s story using the oceanographer’s own words from his journals narrated by Vincent Cassel and through endless hours of ocean footage, family photos, and personal home recordings. As fascinating as the man is, his wife, Simone Cousteau, is an equally compelling character. She, too, was drawn to the sea, long before she met Cousteau. A powerhouse in her own right who accompanied the male crew on their research vessel the Calypso, Simone has a life-long attachment to the ocean which lasted until her death from cancer. Camera-shy, the no-nonsense Simone’s story is almost as compelling as her famous husband’s, making her story worthy of closer inspection.

Despite of his decades-old dire warnings and his own pessimistic outlook, Becoming Cousteau is still a hopeful film that shows it’s not too late to change one’s own opinions. Deeply humanizing the celebrity face of ocean conservation, this documentary will surely inspire a new generation as much as Cousteau inspired millions.