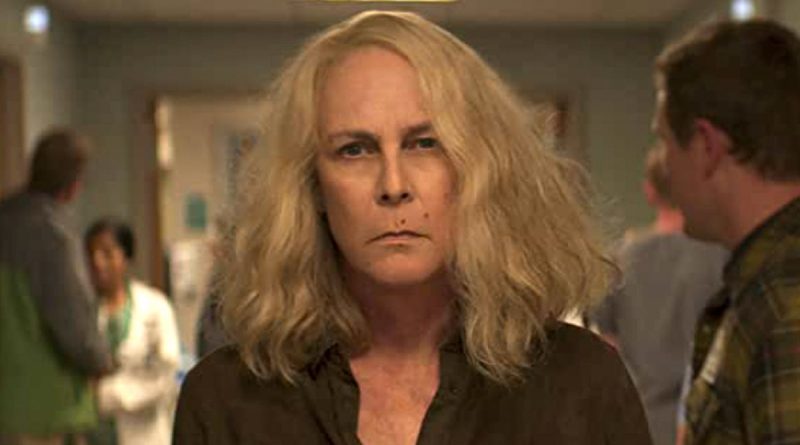 Gory kills and a high body count can’t save the messy Halloween Kills.

Picking up minutes after the end of 2018’s Halloween, David Gordon Green’s return to Haddonfield is fraught with tonal inconsistencies, overwrought melodrama, and not nearly enough of what fans of the long-running horror franchise want to see – namely, a showdown between Laurie Strode and Michael Myers.

When viewers last saw masked serial killer Michael Myers, he was trapped and burning inside Laurie’s (Jamie Lee Curtis) residence as she and her family (Judy Greer and Andi Matichak) found refuge in a passing pick-up truck on Halloween night. The Strode family’s nightmare should have been over, but this being the Halloween franchise, it’s never really over.

Naturally, Michael escapes his flaming death trap and is once again wreaking bloody havoc on the small town that has seen far too much violence. Fed up with his seemingly unstoppable thirst for violence and collective trauma he has caused, the townsfolk band together demanding, “evil dies tonight”. All that’s missing in this mob is the pitch forks and torches.

The plot of Halloween Kills is fairly inconsequential. It really doesn’t matter what happens to anyone other than Laurie and Michael. Unfortunately, Laurie spends most of her time in a hospital bed recalling the horrors of the past. With a third film due in 2022, there is little tension here knowing Laurie must survive to make it to the next film. Curtis is given little to do on screen which is a shame after so fully developing her as not a survivor, but a decades-long victim in Halloween. It too is a shame that the film’s trio of female stars spend so little time together. Though both Greer and Matichak get to see some action, the three generations of Strodes are most compelling when they are on screen together. While the 2018 movie played up the generational trauma the 1978 attacks left on the Strodes, Halloween Kills is so bogged down with melodrama and minor characters that it feels like a struggle any time Michael isn’t on screen, killing.

And killing he does. Plenty of it. One thing Halloween Kills gets right is showing Michael Myers as a brutal, sadistic killing machine. He is utterly relentless when it comes to butchering people in gruesome and blood-soaked ways that will make slasher fans squeal with delight. The first half of the film features some of the franchise’s more-inventive kills before the story gets muddled with too many unmemorable characters, side plots, and drama.

Expectations for Halloween Kills were admittedly high after the success of the 2018 film and it would be hard to top the reaction to seeing Scream Queen Curtis return to the role. Despite its weak second half, fans of the franchise will undoubtedly still rally behind this latest entry simply because of the amount of screen time Michael gets. Watching the film on the big screen with an audience, laughter and gasps of shock were heard on equal occasion.

Halloween Kills perhaps suffers from “middle film” syndrome. As the second in a planned trilogy from Green and co-writers Danny McBride and Scott Teems, it only needs to serve a purpose to get audiences (and Laurie Strode) from Halloween to next year’s Halloween Ends. Eventually, when audiences are able to watch all three films back-to-back, Halloween Kills might not feel like as much of a slog.