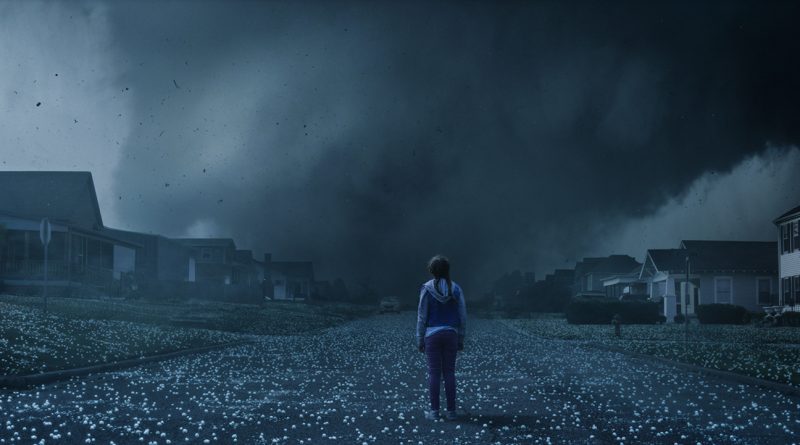 Thirteen minutes is all the time four families in a Central Midwest town have to seek shelter from the tornado of the century in the ensemble disaster drama 13 Minutes, directed by Lindsay Gossling.

The largest tornado on record is brewing near the fictional small town of Minninnewah (Spoiler alert: it’s Cheyenne for “whirlwind”). On the day of impending destruction, four interconnected families, each either their own set of problems and prejudices, must overcome their differences to find strength within themselves and one another in order to survive.

Starring an ensemble that includes Thora Birch, Amy Smart, Paz Vega, Peter Facinelli, Trace Adkins, Will Peltz, and Anne Heche, the audience spends much of the time getting to know the various characters. Like any film that weaves together four plotlines, some are stronger than others, both in terms of acting and storyline.

But 13 Minutes is billed as a disaster movie with the tornado the star of the film’s poster and marketing campaign. It is what you’re here for. It takes nearly an hour of screen time for the storm to become a threat, far too long to wade through the various subplots to get to the tornado. There’s little doubt the tornado will arrive to wreak havoc resulting in a lack of sorely needed tension in the narrative. We know it is coming. We have been promised to bear witness to the storm of all storms and when it arrives, it finally injects some energy into the film.

13 Minutes does a remarkably good job of depicting the massive tornado and its wake of destruction on what is surely a minimal budget. The special effects here are good as are the set pieces where each of the main characters finds shelter. The 13 minutes leading up to the tornado’s touchdown and the immediate aftermath are the strongest elements in the movie. However, the tornado strike alone isn’t a compelling enough reason to watch the personal dramas unfold in the build-up to disaster, making 13 Minutes worth not much more of your time.