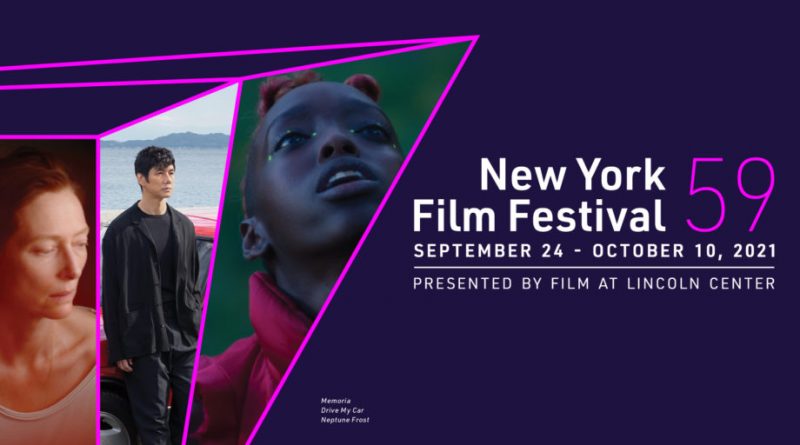 Looking back on this year’s New York Film Festival, a number of women-directed features stand out among the best of the fest. Jane Campion, Julia Ducournau and Joanna Hogg were just a few of the Main Slate directors who garnered much (warranted) attention with critically acclaimed films that lived up to their high expectations.

Other films by new directors, though not as anticipated, exhibited great promise. Unclenching the Fists, directed by Kira Kovalenko, is perhaps the best example, having won the top prize in the Un Certain Regard section at the Cannes Film Festival last summer. Kovalenko’s sophomore feature follows the character of Ada, a young woman living a stifled life under the overprotective thumb of her ailing father in Northern Ossetia. A fearful and conservative widower, Zaur moved his family to a former mining town after Ada was injured in a terrorist siege at her school in the Caucasus. He keeps his daughter locked in their apartment when she is not working and cynically polices her body, refusing her access to much-needed corrective surgery. Programmers at the NYFF recognized Kovalenko as rising talent, pairing her with Maggie Gyllenhaal, director of The Lost Daughter, for a free talk that highlighted both women’s experiences directing rebellious female characters. The London-based streaming site Mubi has acquired distribution for Unclenching the Fists, ensuring a wider release of the film in the near future.

Prayers for the Stolen, the debut narrative film from documentarian Tatiana Huezo, also played in the Main Slate following a lauded screening at Cannes. The film won a Special Mention in the Un Certain Regard section of the French festival and was acquired by Netflix for distribution soon after. Homing in on a mother and daughter who are struggling to survive in rural Mexico, Huezo assembles a roster of dangerous men (cartel members; potential rapists and kidnappers) on the periphery of Prayers, focusing instead on the women who are fighting to keep their daughters safe and their village afloat. The suspense is constant, just simmering beneath a delicate coming-of-age surface, and Huezo does an excellent job of balancing tension with nuanced character development. The film should reach general audiences later this year via Netflix.

Another Main Slate title, Anisia Uzeyman and Saul William’s Neptune Frost, drew a surprisingly low turnout at the pre-fest press screening, in spite of a fascinating premise. An Afro-Futurist musical sung in multiple languages about an intersex hacker and a coltan miner in Rwanda, the film unites the visual aesthetics of musicians like Björk and the Sun Ra Arkestra with the cyber-punk philosophies of William Gibson. For better or worse, Neptune projects an earnest Broadway energy similar to the works of executive producer Lin-Manuel Miranda, tempering the delightfully obtuse plot with music video-like breaks of song and dance. Currently touring the festival circuit without a distributor, it is certainly worth seeking out as a proudly alternative, independent film.

Even further to the left of the Main Slate, the Currents Section of the NYFF showcased a fantastic lineup this year. Unsurprisingly, a few women directed the most innovative and genre-bending titles out of the lot. Testing the boundaries of documentary filmmaking from within, Wang Qiong’s All About My Sisters captivated a sold-out festival audience for the entirety of its three-hour running time. With her camera trained on her own family for over seven years, the director takes an exacting look at the long term effects of China’s one-child policy through the lens of personal experience. Qiong’s younger sister was first abandoned as a baby and then reintegrated into the family, resulting in an uncomfortable dynamic and years of bitter resentment. Issues of class, institutionalized sexism, and reproductive rights are just a few of the topics addressed in All About My Sisters, which stands as a bracing work of nonfiction. Now a part of the dGenerate Collection at Icarus Films, All About My Sisters will travel to select theaters before receiving a home entertainment release.

Also distributed by Icarus Films, Prism is a joint effort by co-directors Rosine Mbakam from Cameroon, Eléonore Yameogo from Burkina Faso, and An van. Dienderen from Belgium. It is an eye-opening film that questions the limits of technology as it relates to cinematography and the photographic presentation of non-white skin. The three directors each reckon with the topic in their own way, dividing the film into sections and subsections that include dramatic sequences, the occasional talking head, poetry, historical analysis, personal essays and even organizational Skype meetings. Collectively the trio lay bare their own thoughts about the inherent racism of photographic equipment that is calibrated to white skin, even as they must use that very equipment to create their own films. By interviewing educators, filmmakers, photographers, and actors, they spark an important discussion about how to move forward using flawed technology. Beginning in November, Prism will travel to various states throughout the U.S., allowing the conversation to continue and evolve.

Claire Simon’s I Want to Talk About Duras was another hidden gem in the Currents section; yet another hard-to-classify hybrid docu-drama. Working from the transcript of a long-shelved interview between the journalist Michèle Manceaux and Yann Andréa (partner of the author Marguerite Duras), Simon took the archive of a private, nearly forgotten conversation and turned it into a grand work of cinema. Swann Arlaud and Emmanuelle Devos are mesmerizing as Andréa and Manceaux, breathing new life into the transcript-turned-screenplay. Arlaud-as-Andréa describes a twisted power dynamic between Marguerite Duras and her much younger muse, feeding off of a passion that was “as powerful, as fictive as books.” Keeping the “character” of Duras off camera throughout, Simon alternates the interview scenes with voyeuristic flashbacks, snippets of Duras’ own films and wide shots of exteriors, further expanding the film’s text. Fluid, uninterrupted Steadicam shots float around Andréa and Manceaux as they speak into the tape recorder and the former cowers in the prison of Duras’ beautiful home. I Want to Talk About Duras breaks new ground as a portrait of an artist through the perspective of her muse, but as of yet the film is not scheduled for wide release.

And finally, Rhayne Vermette’s debut feature Ste. Anne is a celluloid dreamscape that maintains a foothold in reality: the local Métis community in the filmmaker’s rural Manitoban hometown. Starring Vermette herself as Renée, a woman who unexpectedly returns home to her daughter and stunned relatives after years spent missing and presumed dead. An experimental narrative shot on 16mm film, Ste. Anne is a low-fi wonder of light, images and sound; combining violet sunsets with periodic flashes of light, artificial colors illuminated through gels and double exposures that give off the impression of a ghost crossing the screen. Moving forward with little dialogue, Vermette (as director and actor) articulates a close-knit community in rich detail without giving away her characters’ secrets. Still traveling the festival circuit after making its U.S. debut at the NYFF, Ste. Anne is one more woman-directed film to look out for, and we will continue to do our best at the AWFJ to track these under-the-radar titles and share their release info with our critical sisters. Be sure to keep an eye on this website for further news about upcoming titles of particular interest, be they women-directed or women-centric.