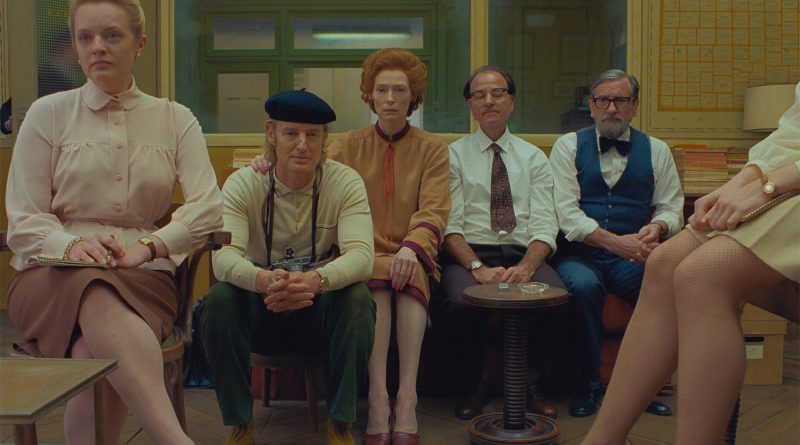 Set in the fictional French city of Ennui-sur-Blasé, The French Dispatch traces its history as a former Sunday supplement to Liberty, Kansas Evening Sun, publishing for 50 years – until 1975 – according to narrator Anjelica Huston.

Beyond that, the story revolves around the staff of this mid-20th century literary magazine, headed by its impish editor-in-chief, Arthur Howitzer Jr., (Bill Murray). Those familiar with The New Yorker history know he’s a composite of its first two editors: Harold Ross & William Shawn. “No Crying” reads a sign on his office wall, and “Try to make it sound like you wrote it that way on purpose” is his dictum.

Deftly scripted as an absurdly fanciful anthology, filled with piquant caricatures, it’s meticulously crafted by Wes Anderson as an inventive, whimsical tribute to several generations of mannered storytellers who enriched the American literary landscape….a worthy successor to his The Grand Budapest Hotel, The Darjeeling Limited, The Royal Tenenbaums and Rushmore.

On the Granger Gauge of 1 to 10, The French Dispatch is an astonishing, elegiac 8, playing in theaters.