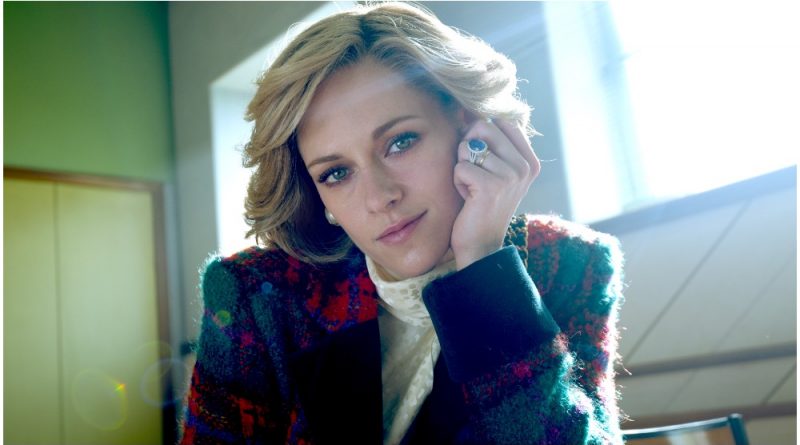 Spencer focuses entirely on Princess Diana over a fateful weekend

Set on the fateful 1991 Christmas weekend at the Queen’s Sandringham House in Norfolk, England, Princess Diana will face her own demons and the inescapable decision to end her marriage to an unfaithful Prince Charles. At first glance, Chilean Pablo Larraín may not seem the ideal director for Spencer, about Diana Spencer, Princess of Wales.

However, as he explained at this year’s Telluride Film Festival, he shares the world’s fascination with her but wanted to analyze and probe her enigmatic mystery, what he labels “a fable from a true tragedy.” Larraín admits his attraction to intense crises that over examination of a few days reveal an individual more than a life’s survey. In fact, Larraín’s sustained, discerning scrutiny of Diana’s complex emotions, his reflecting her strengths and vulnerabilities pay rich dividends here. Moreover, using Diana’s relationships and interaction with her staff as a prism through which to reflect her moods, needs, and resiliency works effectively to add depth and breadth.

While faithfully respecting the known facts, Larraín incorporates metaphors and some fantasy to punctuate the drama. For example, driving alone to Sandringham (where Diana complains futilely of the chill), Diana gets lost and happens upon her childhood home to which she will return to confront her own ghosts and, at the Sandringham Estate, another ghost from British history. Moments of panic and anguish dominate the imagined hours and days, including a repellent hunting event.

As Princess Diana, Kristen Stewart gives a magnetic performance. Most impressive was her ability to capture Diana’s nonverbal subtleties and her verbal rhythms, to communicate her entrapment and then the release of dancing spontaneously, exuberantly. Stewart was asked to dance at the conclusion of many production days, and the editing together of this extemporaneous, free expression conveys what Diana has been suppressing. The supporting cast of Sally Hawkins, Timothy Spall, and Sean Harris add important, peripheral reflections. Technically, cinematographer Claire Mathon subtly creates and shifts moods with the tenor of scenes, and Johnny Greenwood’s music changes to convey Diana’s separation from the chilly royal family.

Princess Diana will forever remain mesmerizing and haunting. Spencer offers a chance to explore her emotional, elusive appeal without being reductionistic or exploitive.