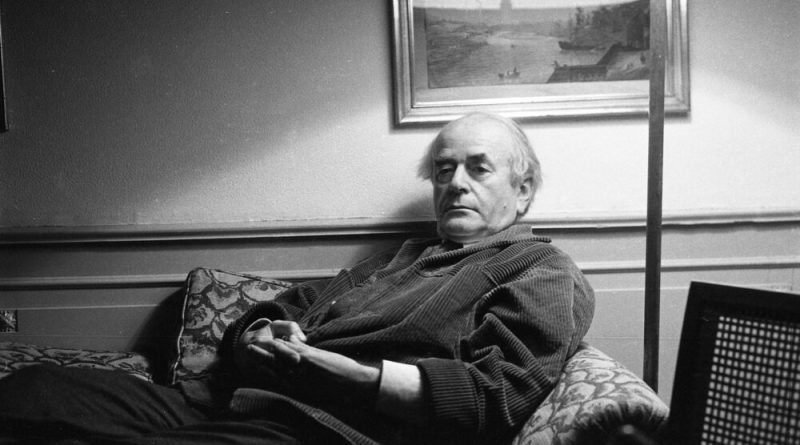 Political scuffles during COVID have somehow got the word “Nazi” out there being tossed around a lot.

Speer Goes To Hollywood is a mind-boggling documentary about reinvention from director/co-writer Vanessa Lapa.

The film is an investigation of how Albert Speer, Hitler’s architect, completely manipulated public perception of his role in the Third Reich; it’s also a tale of how well the world of movies suited his fabrications.

Speer was a well-educated, patrician young man of maybe 24 when he became one of Hitler’s inner circle. Despite his key role in putting millions to work for the Nazi cause as forced labourers during the war, Speer claimed to have known nothing about any atrocities, gas chambers or anything else.

Oh, sure, there were 100,000 people in camps by 1936 — homosexuals, dissidents, political enemies — but Speer shrugs that off as a matter of necessity. There just wasn’t enough room in the country’s prisons for enemies of Hitler.

Kristallnacht? He was in Italy at the time and somehow missed the hundreds of deaths and the arrests of 30,000 Jews.

Later, as Minister of Armaments and War Production Speer had 14 million people working under him, almost all slave labour. Between the beatings and the deprivation, a third of the workers died, but to hear Speer tell it he was too busy sorting his sock drawer to notice anything amiss.

After the trials at Nuremberg, when most of his colleagues were sentenced to hang, Speer got 20 years. He left prison in 1966 and not long afterward wrote Inside The Third Reich, a best-selling memoir that made him out to be the “good Nazi”.

The heart of Speer Goes To Hollywood concerns the man’s working relationship with filmmaker Andrew Birkin. The two got together in 1971 to work on a script for a potential film version of Inside The Third Reich; Birkin taped many of their conversations.

There were 40 hours of tapes recorded in 1971-1972 to which Filmmaker Vanessa Lapa had access.

Using voice actors, Lapa recreates those conversations in which Speer and Birkin go over some of the scenes from the script that’s being created.

The filmmaker has a wealth of archival footage and photos to work with and uses them throughout to make mincemeat of Speer’s claims: that he knew nothing, that he wasn’t there that day, that he must have misunderstood.

The conversations Speer and Birkin have are remarkable. While going over the movie script together, Speer talks about his thoughts on the Jews in Berlin in the early ‘30s, his role in creating the messianic stage design for an early Hitler political rally, his voiced concerns that killing all those Russians and Jews was a waste of manpower.

It’s astonishing to hear him deny all knowledge about the violence and torture at the Krupp factory, at Auschwitz, at Mauthausen, at Mittelbau-Dora.

Much less creepy but still appalling are some of the questions and comments from Andrew Birkin, the ostensible director of Inside The Third Reich (which never got made.)

Birkin goes off and asks for advice from a mentor, filmmaker Carol Reed — who bluntly tells him he’s being played by this wily old Nazi — but Birkin wants to make the movie.

You can see his crisis of conscience, so keen to make the movie but eventually incapable of continuing the charade.

Still, after Speer describes Hitler’s indifference at their last meeting, “not one word of pitying me or the fate of the German people,” and how it made him weep, it’s extraordinary to hear Birkin say that all might be, “a bit overdramatic” for the film.

Likewise, Birkin says that for the movie they should lower the 35% death rate at Mauthausen, later stating, “I don’t think the facts matter.”