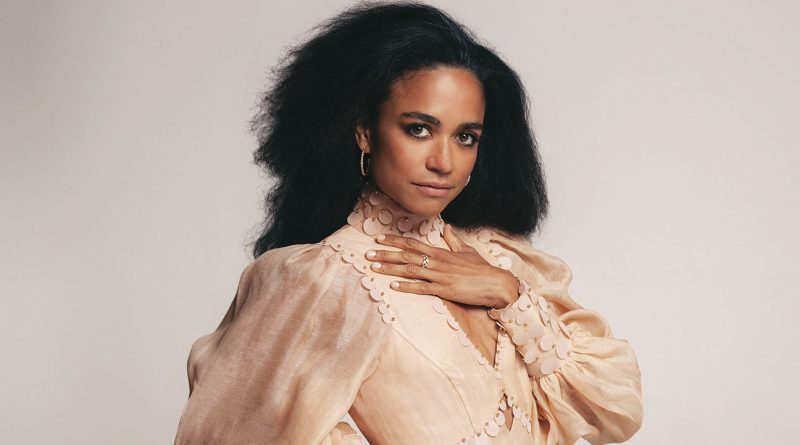 There is no such thing as an overnight success in show business, but Lauren Ridloff’s career has taken off faster than most. As she takes on a new starring role in Marvel’s Eternals, it may surprise some to learn that she really only started this phase of her career a few years ago, when she accepted a job tutoring Kenny Leon, director of the 2018 revival of the play Children of a Lesser God. But a year of tutoring ASL and deaf culture eventually led to her being cast in the play’s leading role and to a Tony Award nomination. And almost overnight, her career path changed.

Lauren Ridloff (née Teruel) was born the deaf child to an African American father and a Mexican American mother, hearing parents who were determined not to let their daughter’s deafness hold her back in life. They learned American Sign Language, stayed involved in her education, and enrolled her in a Catholic school with hearing classmates. They sent her from Chicago to the Model Secondary School for the Deaf in Washington DC and when it was time for college, she headed west for Los Angeles to attend Cal State Northridge, home of the National Center on Deafness.

Shortly after graduating from college, she entered the National Association of the Deaf’s Miss Deaf America pageant, becoming the first African American and first Mexican-American contestant to win. At the time, she told her alma mater, “I expect this to be another turning point in my life. I’m a role model now. By being a role model, I hope I’ll influence deaf children who may think they are very different from everyone else.” Despite performing in plays in high school and college, acting was never part of Ridloff’s plan. Instead, she had majored in English and wanted to eventually write children’s books. Her dream of writing led her first to teaching because, as she recently told the Hollywood Reporter, “I felt that the best way to understand how a child thinks in their mind is to be with them all day. So I started teaching because of that. I didn’t dream of acting.”

Over the next few years she got a Masters Degree, taught elementary school in Manhattan, and married Douglas Ridloff, founder of Deaf Poets Society, in 2006. The couple had two sons — both deaf — and Lauren busied herself with family life, putting her teaching career on hold.

In 2017, Lauren went to work as a consultant on the set of Wonderstruck, the Todd Haynes film that launched the career of young, deaf actress Millicent Simmonds. Much like landing her later role in Children of a Lesser God, what started as one job turned into another when she was cast in a small role for the film that would become her big screen debut.

Not long after Wonderstruck, she got the call to work with Kenny Leon as he spent months preparing the revival of Mark Medoff’s 1980 play. The 1986 film adaptation starred Marlee Matlin, the first — and still only — deaf performer to win an Oscar for acting. After working together for months, Leon eventually invited Ridloff to play the part of Sarah Norman. As she described it for the New York Times Style Magazine, “We started with simple words — coffee, juice — and I taught him about deaf culture, what’s appropriate and a few spots where the play shows its age a bit. Then Kenny asked if I would come in to advise on deaf talent, and I went, innocently unaware that I was up for the role.”

Reflecting on those early days just three or four years ago, she told THR, “I just didn’t see enough people on the screen like myself. Every once in a while, like maybe Marlee Matlin, I saw on the big screen, and then years went by, and you would see somebody appear on one episode of a TV show or another episode there. Acting on Broadway came so completely as a surprise to me. It wasn’t part of my plan.”

Her first stint on Broadway earned her a Tony nomination as well as nods from the Outer Critics Circle and Drama League. It also earned her critical acclaim and industry attention. Along the way, she sent off an audition tape to the casting team at AMC’s The Walking Dead, a show she and her husband had enjoyed watching together for years. It was a long shot, but she soon found herself cast in the role of Connie, a deaf survivor in the post-apocalyptic world who joined in the eighth season.

She was the first deaf actress to star on the series, and opened up a lot of questions about the fate of the deaf in a world where many assume the ability to hear would be a life-saving necessity. Ridloff laughs at this, especially because it is a fictional show about zombies. At PaleyFest earlier this year, she addressed the questions by saying, “This show is about how amazing humans are; how they adapt. And I think Connie just supports that point.” Almost four years later, Connie is still alive and well in the world of The Walking Dead, defying audience expectations and proving herself as a very capable survivor.

In addition to TV, Ridloff has been adding to her filmography too. Just last year, she blended her two career paths by playing a teacher at a school for the deaf in Darius Marder’s Oscar-winning film, Sound of Metal. She recently appeared in Evan Oppenheimer’s family drama, The Magnificent Meyersons. And now, her path leads into the biggest franchise of them all as she joins Eternals as Marvel’s first deaf superhero.

In the MCU, the Eternals are a race of beings with god-like powers that were sent to Earth to protect the planet’s inhabitants from Deviants, equally powerful and dangerous mutants. Ridloff plays Makkari in a version of the character much different from the comic’s big, hearing, white man. She landed the role after meeting casting director Sarah Finn in an audition for another movie. A few months later, she got the call that she was invited to join Eternals, directed by Chloé Zhao. Without an audition, she found herself signing on for a movie with one of the biggest studios on the planet.

But how did the big screen Makkari turn into something so very different from her comic iteration? “To be honest, I don’t know much about how they made that decision. But I love that they decided to make Makkari everything he’s not in the comic books,” she told the New York Times in September.

One of the many reasons she’s excited for this opportunity is more personal and close to home. She says, “It means my two boys, who are also deaf, will grow up in a world where there are superheroes who are deaf… It means they’ll be able to dream a bit more wildly.”

Of her newfound time in the spotlight, she says, “As a little girl, I thought I was one of only a few deaf people walking on this Earth. Now, as an adult, I’m aware there are at least 466 million deaf people and hard-of-hearing people out there. I’m not the only one. And that’s what it means to have a deaf superhero — a lot more people will see a lot more possibility.” For Lauren Ridloff, the chance to perform on stage and screen is not just an avenue for creative expression, but also gives her the space to open doors for others in the deaf community while also teaching the hearing community how to foster a more inclusive experience for everyone. She credits working with her castmates on Eternals and The Walking Dead with teaching her that every actor has specific needs and that she shouldn’t be afraid to advocate for herself, whether that means an interpreter or an accommodation for hitting cues. Ridloff may not call herself a hero, but before her first major film role ever hit the screen, she was already inspiring kids and adults around the world. We don’t know yet where she’ll go next, but we do know it will be on her own terms. — Karen Peterson