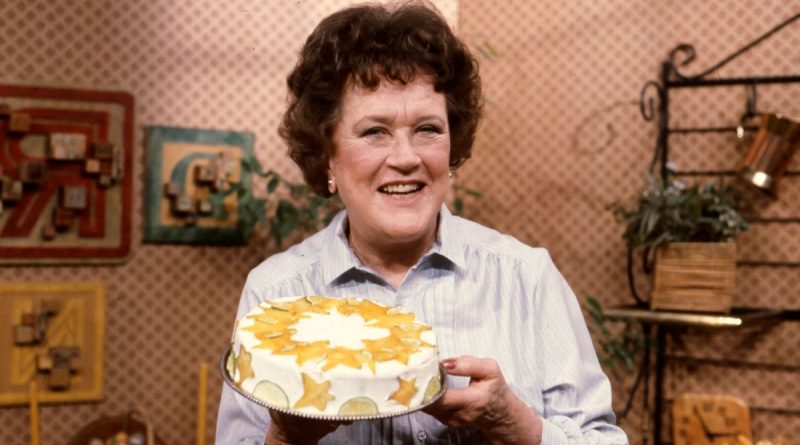 Directed by Julie Cohen and Betsy West, Julia combines crowd pleaser and feminist perspective. It celebrates Child’s accomplishments and outsized personality as she became an unlikely TV star at age 50 when her cooking show The French Chef debuted on Boston’s WGBH in 1963. Child’s low budget show was unedited, allowing for the ad libs and occasional gaffes that endeared her to viewers.

The film tracks her beginnings in Pasadena where the wealthy McWilliams family had servants who did the cooking. Julia’s father, a staunch Republican, pressured his exuberant, six-foot-two daughter to marry but she wasn’t in any rush. Even among her classmates at Smith College, from which Child graduated in 1934, marriage was the main goal. Instead, Child worked briefly in New York then, hoping to become a spy, joined the Office of Strategic Services during World War II. It satisfied her desire for travel, adventure and purpose. In Ceylon, she met her future husband, Paul Child, a politically liberal devotee of the arts. The film makes good use of Julia Child’s own archival interviews, personal letters and diary entries to create a picture of her early life. Her importance as a culinary icon is addressed by talking heads including José Andrés, Ina Garten, Jacques Pepin and Alex Prud’homme.

Given the scope of Child’s life — she died in 2004 at 91 — it’s not surprising that many aspects are only touched upon but could easily fill their own documentary. After moving to France where Julia enrolled as the sole woman in the Cordon Bleu cooking school, she partnered with her fellow cooks and comrades Simone Beck and Louisette Bertholle to launch their own cooking school called L’École de Trois Gourmandes in Paris. The three women also began collaborating on a French cookbook for Americans. At a time when American cooking was decidedly déclassé, their Mastering the Art of French Cooking was a culinary and commercial smash.

The film tries to balance Child’s professional accomplishments with anecdotes about her sometimes contradictory personality. She didn’t embrace feminism but was firmly pro-choice and an ardent Planned Parenthood supporter. Her early, casual homophobia evolved into her AIDS activism in the 1980s. None of this information is given more than cursory screen time but it helps add some shading to a woman known and loved for her joie de vivre.