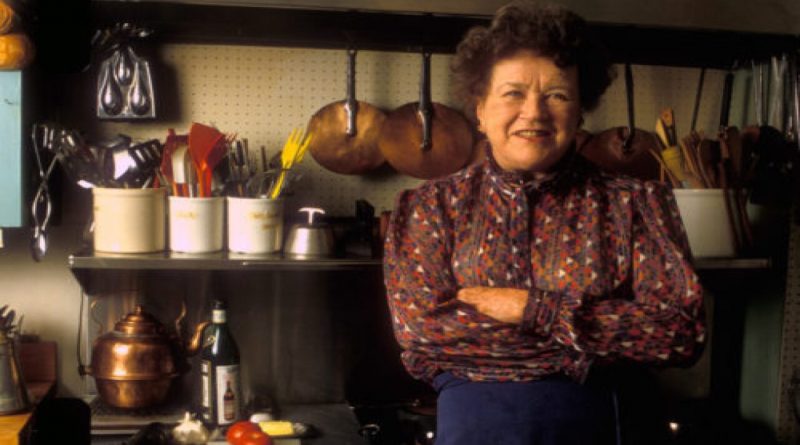 When I was a tiny person, on the mornings my mother couldn’t find me in bed, she would come downstairs and I’d be there, lying on the floor in front of the television with my chin cradled in my palms, mesmerized by Julia Child. I’m starting there because it is entirely improbable for me to be subjective about anything Julia. Happily, when speaking about the new documentary from Julie Cohen and Betsy West, I don’t have to be. I enjoyed it.

Icon is a difficult word to wear but Julia Child steps into it easily. She was the first celebrity chef on television, she made Americans more adventurous with our food, and she did it with whimsical charisma, technical skill, and an indomitable business sense. Julia gives us a window into her many facets, in large part narrated by the grande dame herself, but also through footage going back to her early 20s, and through the remembrances of family, friends, and her celebrity chef scions.

For me, a strong documentary finds its own framing device to add the personality of the icon to the retelling of their story. Julia has two and they are effective. First there’s the love story between the chef and her husband Paul. Alongside the romance we’re given handwritten snippets from their letters and journals placed on irregular shaped bits of masking tape. Those touches are so revealing you feel connected to Julia’s world. This documentary is a dinner party in celebration of Julia Child and thus we raise a glass and say: Bon appétit.