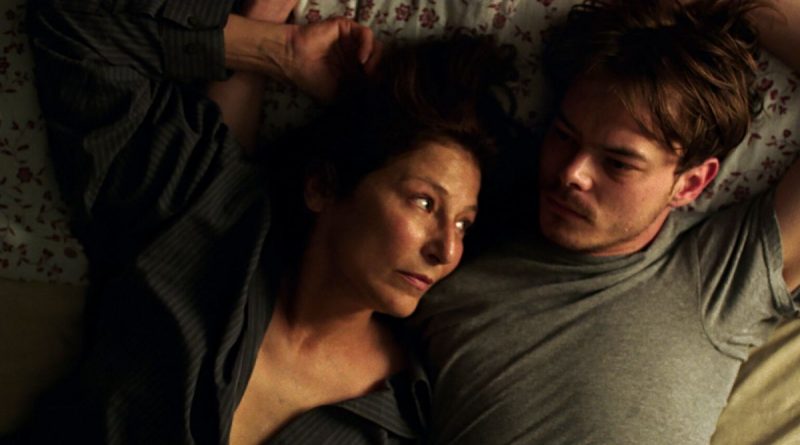 What else can you do with a movie bearing the tell-all title No Future?

And yet. while slogging through all the sorrow and desperation, I found myself thinking of a fairytale musical.

Not just any fairytale musical, mind you, but Broadway giant Stephen Sondheim’s Into the Woods, especially the song in which a beleaguered baker and an enigmatic stranger (or is he?) ponder the mysteries of fleeting existence:

“They disappoint, they disappear, they die but they don’t.”

That apt assessment haunts the lives of two very different people linked by their relationship to a third.

We first meet Will (Stranger Things’ Charlie Heaton) in a 12-step group, reflecting on his recovery from heroin addiction.

“I’m doing OK, actually,” he tells his fellow addicts, noting “a pretty big change in my life recently. I’ve met someone and I wasn’t expecting it, but I’m starting to feel like I can really see a future with her.”

First, however, comes Will’s fateful encounter with his former best friend Chris (Jefferson White). At one time, they shared a bond, a band (named, no kidding, No Future) and a habit.

Now, however, Will’s clean — and disinclined to reconnect with Chris, who describes himself as a “no skills, convicted felon” convinced “there’s nowhere in this world for me.”

Including the home Chris shares with his divorced mother Claire (Catherine Keener), who immediately asks to see Chris’ eyes when he returns home in the middle of the night.

Chris won’t wake up the next morning, triggering a tsunami of regret and self-recrimination that swamps both Will and Claire, separately — and together.

Or, to borrow Sondheim’s eloquent words, “We disappear, we leave a mess, we die but we don’t.”

To quote Sondheim’s lyrics yet again: “No more feelings. Time to shut the door. Just — no more.”

If No Future has a bright spot (so to speak), it’s Keener’s sad-but-true performance, an utterly convincing combination of desperate yearning and bruised, rueful recognition that there’s no such thing as a happy ending.

Nobody’s expecting one, especially in a movie called No Future. But it would help if said movie managed to generate more than a shred of the empty, endless anguish Keener so memorably conveys.