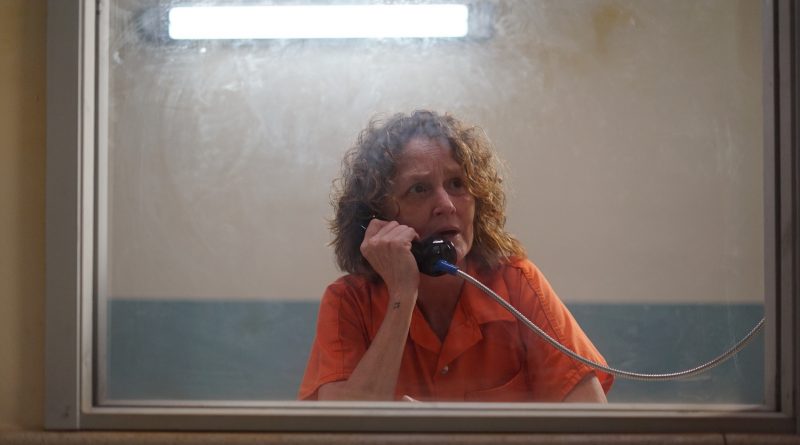 John Swab’s vision is getting clearer.

The crime drama is the fourth feature film Swab has made in his hometown of Tulsa in the past few years, following 2016’s “Let Me Make You a Martyr,” 2019’s “Run with the Hunted” and the February release “Body Brokers,” which also starred Grillo and Leo.

A self-taught filmmaker, Swab has opted to learn the cinematic arts by making movies, and “Ida Red” shows that the emerging auteur’s practice is paying off.

A former Tulsa resident, Leo plays Ida “Red” Walker, the matriarch of a Tulsa crime family who is battling a terminal illness while serving a 25-year prison sentence. Her son, Wyatt (Hartnett), has kept the family business going with the help of his uncle, Dallas (Grillo), since she’s been behind bars.

But Wyatt is increasingly distracted by family drama: keeping his mother from dying in prison, keeping an eye on his impetuous teenage niece Darla (Sofia Hublitz, “Ozark”) and keeping the peace with his sister Jeanie (Deborah Ann Woll, “True Blood”), who has turned her back on the illegal activities of her kinfolk. When one of those criminal acts goes awry, Jeanie’s husband, local detective Bodie Collier (Slaine, “The Town”), is joined by FBI agent Lawrence Twilley (William Forsythe, “Raising Arizona”), to investigate — and the investigation quickly hits close to home.

“Ida Red” made its world premiere in August at Switzerland’s 74th Locarno Film Festival, with Saban Films picking up the North American and UK rights and moving for a quick release. Those are good signs that Swab is making headway as an independent filmmaker.

Even more promising are the on-screen advancements for the writer, director and producer. He’s tightened up his storytelling, filled in plot holes and picked up the pacing. He keeps the conflict high and the tension building.

The Tulsa native has established himself as a filmmaker with an eye for Heartland crime dramas with an obvious 1970s influence, graphic violence and an unflinching look at middle America’s seedy underbelly. But his fourth feature finds Swab developing his unique artistic style as he experiments with bold wipes, swipes and cuts as well as audacious musical choices.

The results are sometimes mixed, but they are distinctive and often memorable. In fact, audiences might not ever think of the pop chestnuts Naked Eyes’ “Promises, Promises” and Madonna’s “Crazy for You” the same way again after seeing “Ida Red.”

Swab already has another movie finished and is getting ready to begin filming in Tulsa on his sixth feature. It will be interesting to see what he’s learned and what he wants to try next.