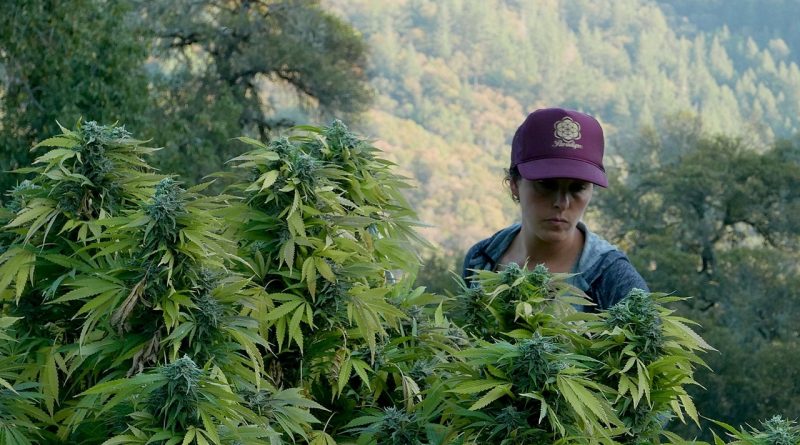 Chris J. Russo’s engaging and informative first feature documentary, Lady Buds, is an enlightening tell all about the troubles currently impacting the lives and careers of women who are working in the weed trade in Northern California. The film chronicles the struggles of six independent female cannabis growers and distributors who were once worried about facing criminal charges for their chosen careers, but are now fighting to hold their ground against Big Agro companies that are — with the complicity of local authorities — moving in to take control of the booming medical and recreational market for marijuana.

Long before cannabis was legalized. Northern California’s Humboldt County was one of the major seats of pot production in the US, and many of the growers and sellers were women who harvested expansive and flourishing fields of plants that were hidden from authorities in the area’s dense woodlands. Despite occasional raids and razing, the entrepreneurial lady pot providers delivered top quality product and prospered, creating a viable industry that supported themselves, their families and their communities. Continue reading on CINEMA CITIZEN