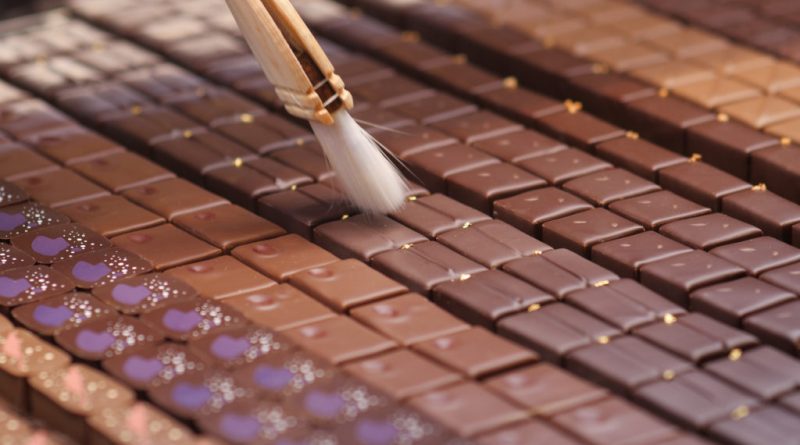 If you think chocolate is its own marvelous food group, a trip along Chocolate Road will give you a better appreciation of your favorite treat.

In her feature documentary debut, director Tanya Chuturkova takes viewers on a worldwide journey from cacao fields of Nicaragua, Ecuador, and Trinidad; to the renowned chocolate trade show Salon du Chocolat in Paris; then on to chocolate production facilities in Denmark and New York City. While she includes plenty of shots of chocolate bars, truffles, ganache, and drizzling chocolate – don’t watch this while you’re hungry – she also drops in facts about its history, its rarity, and the plight of cacao farmers today.

Chuturkova, a second assistant director on TV shows such as Bakers vs. Fakers, centers the narrative of Chocolate Road around three chefs and chocolatiers. Each acts as a guide to the world of chocolate and has fair-trade “bean to bar” practices that they believe are vital to chocolate’s continued success.

Maribel Lieberman, a native of Honduras, owns and operates MarieBelle New York, best known for its picturesque ganache. Susumu Koyama of Japan owns Patissier es Koyama, which sells playful desserts and exotic chocolates that he flavors with chrysanthemums and peppers. Mikkel Friis-Holm of Friis-Holm in Denmark specializes in chocolate bars such as floral, tangy white chocolate and dark chocolates that blend the acidity of fast-drying cacao beans.

Chocolate Road visits the three at their businesses and at cacao plantations, where they consult with the farmers. Some chocolatiers never set foot on a plantation, Lieberman says, but “you need to meet that person that is making that for you.” Likewise, the chefs share their chocolates with the farmers whose crops they purchase, showing them the delicious results of their efforts.

A brief animated segment explains the origins of chocolate, which the Mayans called “cacao” and used as a drink. The Aztecs kept it for royals and soldiers. With colonization, the Spaniards and French seized it for the upper classes. They enslaved people from Africa to grow sugar in the Americas to sweeten it.

Today, chocolate still comes from cacao trees, which only grow 20 degrees north and south of the equator and produce pods within five to seven months. Roughly 95 percent of the world’s cacao production is for bulk cacao; only about 5 percent becomes fine cacao with floral and fruity notes like the beans that these chefs purchase.

While the public has become fascinated with more sophisticated chocolate tastes, this demand doesn’t always benefit the farmer. Nobody asks farmers to make a better product, just a cheaper one, Friis-Holm observes.

Scientists are working to “clone” cacao, growing beans that are more resistant to fungal disease and other issues. One mentions that climate change is an “iceberg” for such a crop but doesn’t pursue this in depth.

In the meantime, farmers do much harvesting by hand, slicing pods from the trees because machinery would damage the roots. Chuturkova emphasizes how impressive this work is by letting the labor speak for itself. One farm in Honduras harvests beans every 15 days for ten months of the year, breaking the pods open by hand, fermenting the beans in layers, and laying them out with paddles to dry. The chefs marvel at the consistency in the flavor from this know-how passed down through generations.

The film also interviews a few farmers, who liken their trees to children they nurture for decades; one remembers hugging waterlogged trees that died after a hurricane. Their own children might not follow them into the business, which also inspires these chefs to show them that their work has value.

Chocolate Road proves to be an immersive journey behind what Friis-Holm calls “a luxury product that the world doesn’t need, but it makes people happy.” It definitely offers food for thought along with tempting the palate.