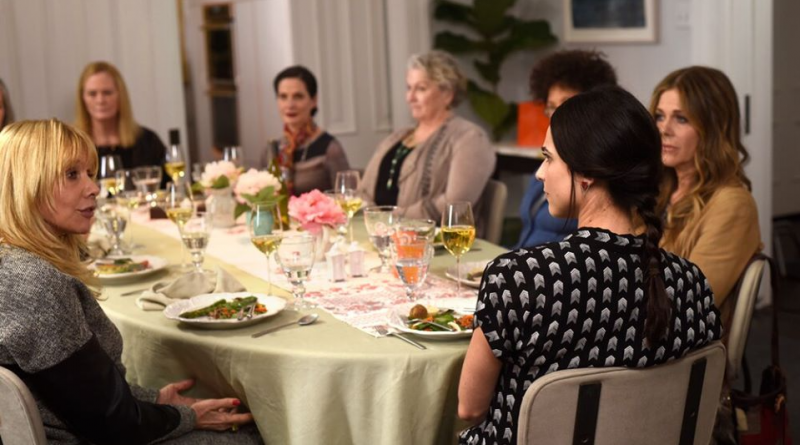 l guess if your last name is Coppola, you have carte blanche to make any kind of movie you want to make.

Eleanor Coppola’s latest, Love is Love is Love, feels like a vanity project that may have worked as episodes of something like Amazon Prime’s Modern Love but it definitely doesn’t work as a film.

An anthology of sorts, the movie features three stories about love in various forms. “Two for Dinner” focuses on a married couple (Joanne Whalley and Chris Messina) trying to stay connected while he’s away on business. And, yes, the story is predictable enough for you to guess just what kind of business he’s engaged in.

“Sailing Lesson” is about an empty nest couple (Kathy Baker and Marshall Bell) with very different interests (“You’ve changed,” he tells her, to which she replies, “Thank you for noticing.”) who decide to spend a day sailing together in a possibly misguided attempt to rekindle their romance.

The last story, “Late Lunch,” is a tribute to women’s friendships, revolving around a young woman (Maya Kazan) whose mother recently died. She invites her mom’s friends over to share memories and, of course, secrets come out. The whole thing feels completely inauthentic and is full of platitudes but because the actors – who include Rita Wilson, Rosanna Arquette, Cybill Shepherd and Polly Draper – are so good, you just wish you could join them at the table to have a real conversation. At the very least, you wish Coppola had written a better conversation for them to have.

Coppola is lucky to have put together a cast that’s so much better than the script. They make the film watchable – along with the fact that, thankfully, it’s only an hour and a half long.

Although I don’t think Coppola is riding on her famous husband’s name – she’s made a name for herself as a director and screenwriter, after all, and she deserves props for doing all of this at the age of 85 – I do think a movie like this by a director with any other last name would never have gotten made. And the world would be no worse for it.