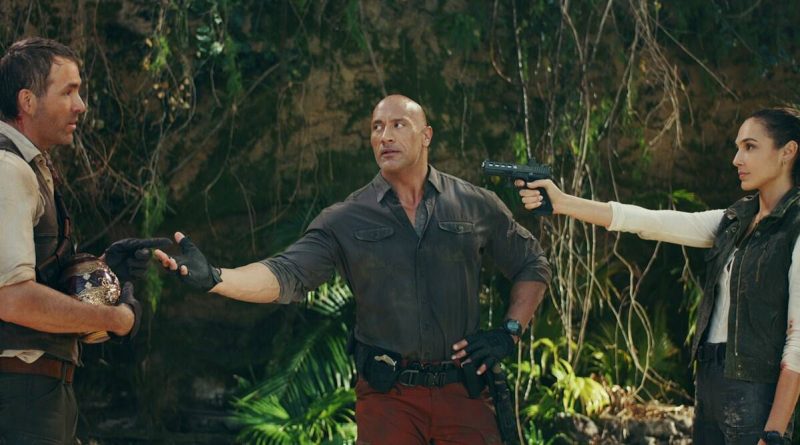 Billed as a globe-trotting, comedic action/adventure, Red Notice is a total waste of time and talent.

There’s a mystery surrounding three exquisite eggs given to Egypt’s Queen Cleopatra by Roman General Mark Antony on their wedding day. One is in a Rome museum, the second belongs to a private collector, and the whereabouts of the third remains unknown. Now, an Egyptian billionaire wants to present all three bejeweled antiquities to his daughter on her wedding day.

Determined to clear his name, amiable Hartley teams up with snarky, sarcastic Nolan, hoping to track down the second and third egg. But the real mastermind, known as The Bishop (Wonder Woman Gal Gadot), incarcerates them, albeit briefly, in an icy Russian gulag and seems to outsmart them at every twist and turn.

Problem is: clumsy screenwriter/director Rawson Marshall Thurber (Skyscraper, Central Intelligence) hasn’t a clue how to delineate characters, write dialogue, and propel the incoherent plot in order to set up this future franchise.

The result is bland, banal and – worst of all – boring, except for a surprise cameo by a British pop star. Instead of originality, Thurber relies on cinematic references to Raiders of the Lost Ark, Gladiator, The Third Man, even Preston Sturges’ 1941 classic Sullivan’s Travels.

FYI: The title refers to Interpol’s designation of its most wanted criminals: a Red Notice is an international arrest warrant. And forget the exotic locations (Rome, Bali, Valencia, Cairo, Argentina, Sardinia, London) flashed on the screen; it’s all CGI since the entire film was shot in Atlanta, Georgia.

Bottom Line: Dwayne Johnson, Ryan Reynolds and Gal Gadot reportedly received $20 million each out of Netflix’s $200 million budget, its biggest yet for a feature film.

On the Granger Gauge of 1 to 10, Red Notice is a tepid, tedious 3 – in theaters and streaming on Netflix.