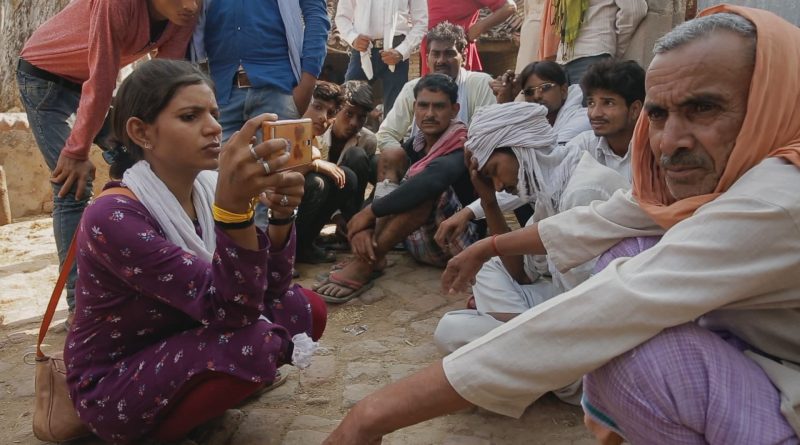 In 2008 I lived in Hyderabad, India. I was raised in Connecticut and attended college in Manhattan. My views of a woman’s place are progressive for the social dynamics of the majority of India. The caste system consists of 4 tiers. Underneath that is where the Dalit women are categorized. Khabar Lahariya is the newspaper created by these women. In Writing With Fire, the all-female staff writers fight to keep journalism alive. After 14 years of successful print, they decide to shift to digital. Their goal? Continue to push boundaries and report the truth. Featured journalist Meera is saving lives by putting her own in danger. By doing her job, she is exposing the corruption that freely occurs in India. She and the rest of the writers are heroes. As we watch the media in chaos in the US, we understand how fearless these specific female journalists are. Writing With Fire highlights how violence is commonplace. We hear the terms “murder” and “kill” at every turn.

When my husband and I attempted to play by the rules, we came up against the most nonsensical bureaucratic “rules.” We signed a paper in the wrong color ink and had to correct it. Oh, but we also had to pay them for the second sheet of paper. We witnessed a politician riding in a van unashamedly handing out cash to voters. One of our fellow ex-pats took courses to receive an official Indian driver’s license. When struck by another driver going the wrong way, the police arrested our friend, demanding a bribe for release. He refused and was branded a legend in our eyes. Violence against women is prevalent in every corner but especially in the lower caste. In an attempt to place you in that caste system, the first questions you receive from men are about your last name and occupation. My husband and I are Caucasian, which immediately granted us the highest of social privilege. But also the assumption that because we were Westerners, we were wealthy and therefore susceptible to shenanigans. We did not stand for such treatment and understood that power.

Writing with Fire highlights how violence is commonplace. Meera confronts the concept of bribes in a heated discussion with a man related to an illegal mining operation. The irony of this conversation does not slip past the viewer. The juxtaposition of the footage in their homes and the power they claim out in the field are impactful. This generation of women intends to change the balance of power for their daughters. As Khabar Lahariya‘s YouTube channel gains momentum, the government takes notice. They are making positive changes in the communities they cover. The seemingly simple act of teaching their staff to use technology gives these women the confidence to take on their male-dominated world. Education is the first step to achieving equality. Meera sums up the paper’s spirit quite succinctly, “I believe journalism is the essence of democracy.” Writing With Fire is nothing less than newsworthy.