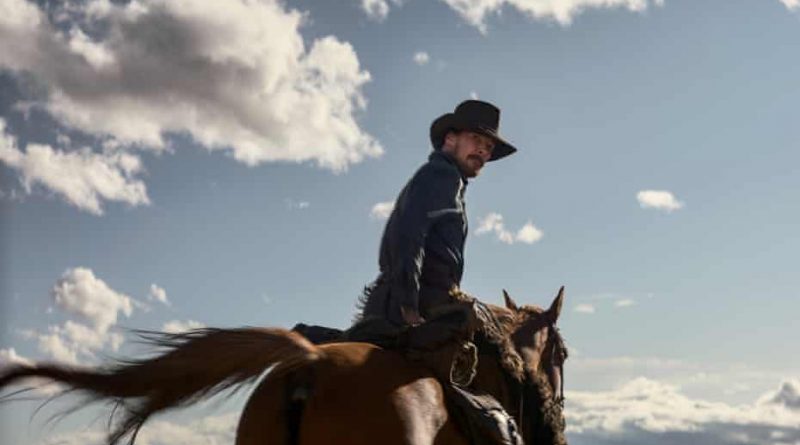 It has been 12 years since film titan Jane Campion released a feature film. Now, with The Power of the Dog, the New Zealand director shows she has lost not a step. Her adaptation of Thomas Savage’s 1967 Western novel offers the vivid landscapes and hothouse emotions reminiscent of the film that put her on the world map, The Piano (1993). A piano even serves as an important plot point. The time is the 1920s, and Phil Burbank (Benedict Cumberbatch) and his brother, George (Jesse Plemons), run a successful cattle ranch in the foothills of Montana’s Rocky Mountains. George is a prim man of few words who is kept in his subordinate position by Phil, a man’s man who idolizes his dead mentor, Bronco Henry, and enthralls the ranch hands with his mythologizing fables about this ultimate cowboy.

At the end of a cattle drive, the Burbanks and their hands dine at an inn run by Rose (Kirsten Dunst), a young widow, and her 18-year-old son, Peter (Kodi Smit-McPhee), a slight, well-mannered young man whom Phil insinuates is gay. Little does he suspect that not only will George strike up an acquaintance with Rose, but also marry her and move her into their luxurious home.

Phil tries to intimidate Rose at every opportunity. Her anxiety only grows when George buys her a baby grand and encourages her to play at a dinner for his parents, who are retired and living in Salt Lake City, and the governor of Montana and his wife. When Peter comes to the ranch after finishing his first year of college, he finds that his mother is becoming an alcoholic.

The film, so exquisitely and sensitively shot by cinematographer Ari Wegner, gets its title from Psalm 20 (“Deliver my soul from the sword; my darling from the power of the dog”), which we see Peter read at the end of the film. Peter’s acute observations and judge of character quietly propel the film to this prayer’s fulfillment. The beauty and harshness of the life Campion depicts are understated compared with the baroque drama and violence found in many Westerns. But she never lets us forget that violence underlies the false machismo of the mythic West. — Marilyn Ferdinand

Nell Minow: Jane Campion’s skill at matching the setting to the emotions is at its best here, with a story that is in conversation with the myths of the territories and the movies that enshrine them. The vistas are spacious, but the emotions are constricted. Like the two characters at the center of the story, she can see in the shadows what most people are too dazzled by the sun to understand.

Sherin Nicole You’ll keep waiting for the axe to fall…and it doesn’t…and it doesn’t…and the tension builds to the bursting point. Perfectly benign moments take on sinister hues in The Power of the Dog, you know something is deadly wrong, tensions hang over your head, and when the axe finally falls it’s a hell of a payoff. Read full review.

Jennifer Merin Powerhouse director Jane Campion’s latest opus. The Power of the Dog, is a sprawling Western thriller set in 1920s Montana, but shot on Campion’s home turf in New Zealand. The story is a mysteriously dark and twisted tale of family discord and dysfunction with a myriad of subtle and surprising clues that keep you enthralled and guessing what will come next until the film’s stunning conclusion. And, at the conclusion, when the pieces of the panoramic puzzle are in place, you’ll be ready to watch the film again because you know there are foreshadowing hints that you missed when first viewing it. The precise and brilliant cinematography draws you into each scene, inviting you to  meditate on the rich details you soak up as an absorbed observer–rather than setting up visuals that pounce at you from the screen, pummeling your senses to make your heart beat way too hard for empty effects. Performances by Benedict Cumberbatch, Kirsten Dunst, Jesse Plemons and the ensemble are simply magnificent although there’s nothing simple about them. My bottom line thoughts: this is a masterpiece that movie lovers will want to watch over and over again and that will be a steady subject in film studies classes.

Leslie Combemale There are multiple scenes in The Power of the Dog that are so well-crafted and so well-acted they belong in a film school text book. There’s one that features Benedict Cumberbatch almost exclusively alone that is excruciating to watch, and equal parts heartbreaking and beautiful. Kirsten Dunst embodies (her character) with a minimalism, a fearlessness, and a confidence that only comes with knowing her character intimately and completely. Everything from the production design to the cinematography and editing is gorgeous and lean, all existing to be in the service of the storytelling. The Power of the Dog is one of the best movies of 2021, and just more proof that Jane Campion is an auteur who deserves to be lauded, studied, and held in the highest esteem.

Sandie Angulo Chen: The Power of the Dog is a slow-burning historical drama that’s a technical and storytelling achievement, featuring fantastic performances and gorgeous cinematography. Writer-director Jane Campion adapts Thomas Savage’s 1967 Western novel that subverts the genre by exploring the loneliness of its 1920s characters within the wide-open spaces of its Montana (by way of its cinematic stand-in New Zealand) locale. Sexual repression, depression, substance abuse, isolation, disappointment – these are not generally the themes of the Great American West, but Campion’s film explores them all. Benedict Cumberbatch, Jesse Plemons, Kirsten Dunst, and young Kodi Smit-McPhee are all excellent in their roles, but it’s ultimately a film about the men, and Cumberbatch and McPhee astound with their portrayals. The book’s 2001 reissue features an afterword by Annie Proulx, and that’s fitting because in many ways both the film and the story are reminiscent of the themes in her page-to-screen short-story, Brokeback Mountain.

Liz Whittemore The Power of the Dog caught me thoroughly by surprise. I have not stopped thinking about how steadily each character develops. I found myself detesting Benedict Cumberbatch, as the pure toxicity and vitriol that emits from his pores are the foulest I’ve seen in some time. He makes your blood boil with the self-loathing of a spoiled child. Do not be fooled. The curated manipulation of young Paul matched only in a stunning finale. It is only then we realize the impact of Kodi Smit-McPhee’s choices. Cumberbatch captivates with each frame. It is undoubtedly an award-worthy performance. In two hours, the audience will experience every emotion possible. Director Jane Campion not only gives us a film with breathtaking cinematography but a story as relevant today as 1925. The Power of the Dog stuns at every turn.

Cate Marquis In director Jane Campion’s The Power of the Dog, a cowboy bully savagely mocks and harasses his brother, and then his brother’s new wife and her son. Based on Thomas Savage’s novel, the powerhouse thriller-drama, set in early 20th century Montana with stunning photography, is a story full of the unexpected. It also features great performances, not just from Benedict Cumberbatch (sporting a spot-on American accent) as the sadistic cowboy, but also from Kirsten Dunst as the new wife and Jesse Plemons as the brother who marries her (who are a couple in real life), and from Kodi Smit-McPhee as her quiet son, in stand-out tale in the fading old West.

Title: The Power of the Dog

Screenwriter: Jane Campion, based on the novel by Thomas Savage