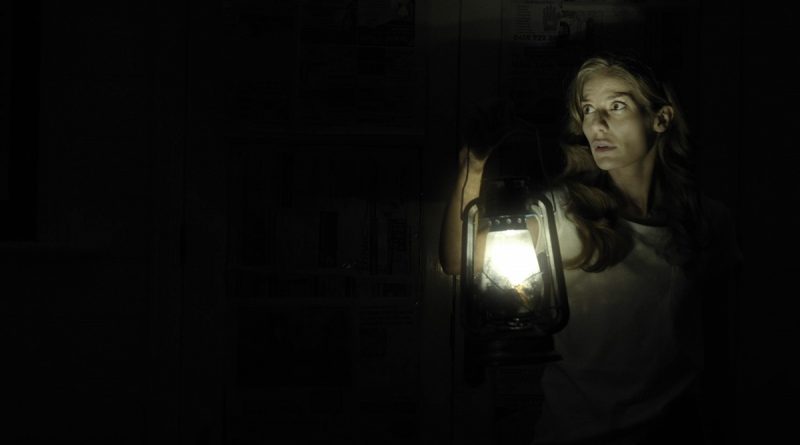 That there is not a specific funding stream available through Screen Australia or the country’s other government-associated film bodies to give a cash bonus to any feature film featuring Neighbours alumni is frankly beyond me. The long-running, beloved Australian soap that gave the world Kylie Minogue and Guy Pearce has a special place in the national consciousness (and in other countries in particular where it was a hit, such as the United Kingdom), so much so that the appearance of any actor from the series’ heyday sparks for many of us a moment of recognition so poignant that it takes a moment to remind ourselves that this is not in fact someone we actually know.

It is in this spirit that when Stefan Dennis pops up in Perri Cummings and Paul Anthony Nelson’s Apparitions – which recently had its world premiere at Melbourne’s Monsterfest – the sense of ghosts of the past making themselves visible in the present was first experienced. Renowned for his decades-long role in Neighbours as Paul Robinson, so familiar a face is Dennis to a large swathe of the country that he needs no introduction. So when Dennis first appears as a friendly publican with a secret in the small town where the bulk of Apparitions action is set around, it feels in many ways like we are making a similar return to a half-forgotten past as that of the film’s protagonist Lily (Cate O’Connor).

Lily has just graduated from university, but unlike her peers she has no family to help her celebrate, with only the enigmatic no-nonsense cop Jane (Cummings) there to represent what is soon revealed to be Lily’s very troubled past. The only survivor of a gruesome massacre that saw her family killed in an isolated rural home when she was a little girl, Lily was shunted between foster homes growing up where a string of misfortunes followed her into adulthood. Prompted by an unexpected reminder of her past to dig deeper into the childhood she has struggled to repress, Lily returns to home, despite the urging of Dennis’s barkeeper Tom and his partner not to do so. As long-buried secrets start to make sense to Lily, Jane races against the clock to figure out the mysteries at the heart of the film that have plagued Lily for so long.

As the title of the film indicates, visions that may or may not be real dominate Lily’s journey. In its savvy combination of ghost story and slasher subgenres, Apparitions’ playful twists and turns provide ample popcorn thrills that make this a sure-fire essential for those with a taste for low-budget indie horror. While not exactly redefining the horror genre in any kind of radical way, in its defense Apparitions shows no real interest in doing so. Rather, what it offers instead are simply some really great characters, co-director Cummings’ turn as Jane a particular stand out. With her motorbike, aviator glasses, leather jacket and fabulously unperturbed brand of Australianness, Jane alone deserves her own spin-off TV series at the very least, driving around the countryside with Lily’s plucky best friend Alice (Shanon Kulupach) solving crimes both supernatural and more earthly in nature. Apparitions is a lot of fun, another solid reminder that despite the horrorphobia of major funding bodies in the country, the genre in Australia is alive and well.