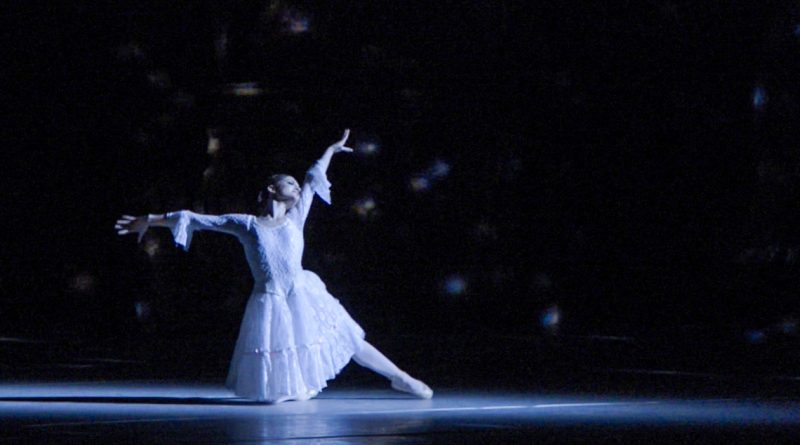 If you want to be inspired by a story of unrelenting persistence, do yourself a favor and spend an hour and a half watching Joy Womack: White Swan. This documentary about the first American woman to sign a contract with the Bolshoi Ballet (she was also the first American to graduate from the Bolshoi Ballet Academy’s main training program) is riveting as it reveals what it takes to reach a seemingly impossible goal and exposes what really goes on behind the velvet curtains of the ballet. Spoiler: it’s a far cry from the beauty and grace seen onstage.

Womack grew up in California and Texas but moved to Russia at the age of 15 – 15! – with the dream of becoming a principal ballerina in the Bolshoi. There was never a doubt in her mind that it would happen, and there’s no doubt in the viewer’s mind, either, as you listen to her speak.

“My parents raised me to try as hard as I can,” she says. “Even if the system is broken, if you’re good and you work hard, then it will happen. It will go the way you want it to.”

With failure never an option in her mind, Womack steadfastly pursued her dream – although it definitely didn’t always go the way she wanted it to.

Filmmakers Dina Burlis and Sergey Gawrilov do a fine job of introducing viewers to the ridiculously precise standards of ballet, in general, and Russian ballet, in particular. There’s a really disturbing scene where aspiring ballerinas – little girls – are physically critiqued in front of a group of judges and peers, with the “faults” of their various body parts matter-of-factly pointed out and their dreams quashed. “They tell girls that they’re fat, fat, fat,” says Womack’s then-husband, Russian dancer and choreographer, Nikita Ivanov-Goncharov. It’s no wonder eating disorders are so prevalent among ballet dancers – a consequence Womack didn’t escape.

Womack also didn’t escape the consequences of being an American in Russia at a time when relations between the two countries were particularly strained. A Russian ballet critic interviewed in the film dismisses the idea of Womack dancing with a Russian troupe, likening Womack to “a golden tooth in a smile.”

At the age of 19, Womack left the Bolshoi after making headlines with the accusation that the Ballet was corrupt and that, in order to become a soloist, you have to pay $10,000. She moved on to the Kremlin Ballet, where she was given roles for which she had been waiting a lifetime. “I want to be the star – the main person,” she admits.

Although the filmmakers have created a swan of a movie out of an ugly duckling of an industry, Joy Womack: White Swan is fascinating mainly because Joy Womack herself is fascinating. Honest, outspoken and equipped with a work ethic and determination few can match, she is willing to sacrifice everything else – including her marriage and her health – for her true passion.

I can’t wait to see what she does next.