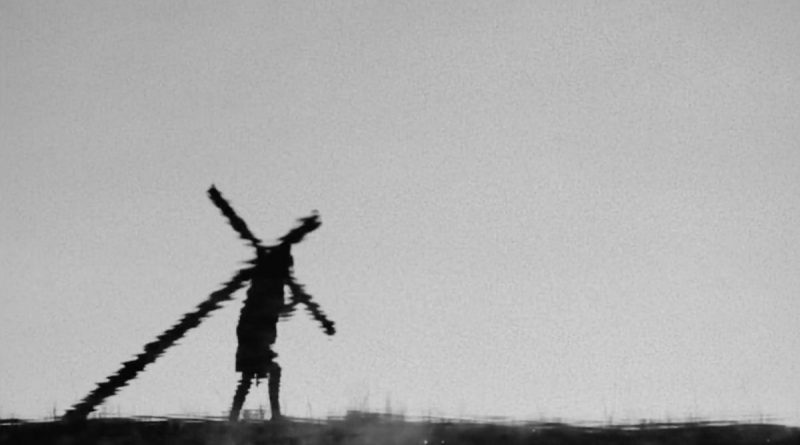 Reviews
December 9, 2021December 11, 2021 Diane Carson Lemohang Jeremiah Mosese, Lesotho, Mother I Am Suffocating. This Is My Last Film About You
0 Flares 0 Flares ×

Mother, I Am Suffocating. This Is My Last Film About You is haunting

Subtitled as the lament of director Lemohang Jeremiah Mosese, Mother, I Am Suffocating. This Is My Last Film About You is as mesmerizing and haunting as it is, at times, elusive. Usually, I strategically avoid revealing significant details about films; but in this case, explicit information will help contextualize this poetic, very personal meditation on life.

Shot in the small, landlocked African country of Lesotho, encircled by South Africa, Sivan Ben Yishai intermittently reads a letter to the mother of the title, both a person, the motherland, and the continent. Steeped in such metaphors, the black-and-white images enhance the documentary qualities with the central character, a young woman, carrying a wooden cross through streets and landscapes. Crowded areas and children playing alternate with close-ups of this individual whom many stare at with curiosity.

In spare voice-over, the narrator bemoans her country’s poverty and fate, her experiences, her love and hate for her mother, directly stated. We see piles of Nikes and other shoes, names of the dead on a memorial, worn fingers in close-up, bunches of apples, a man at a sewing machine, and more. We hear a call to prayer, we see a speaker with a man’s voice repeating, “Come to our shop and see. Ten rand for shoes, five rand clothes, ten rand clothes.” We repeatedly watch a person knitting and later unspooling yarn from around an obscured face, promising “Out of these ruins and ashes, I’ll knit you a new face and a new pair of eyes.” Early in the film, one sheep in a flock of sheep, like the crowds of people, soon becomes a carcass carried on a man’s back, later dissected. Another group engages in protest and later fights to get a piece of meat.

From exile in Berlin, this director’s “lament” addresses the inclusive mother country, religion took precedence over nurturing. We hear, “You blame the white man for what you’ve become, justifying what you’ve done to us. It was just about you.” And later, “It’s easier to get a gun than things like bread or cold medicine.” Exhibiting the same entrancing visuals as Mosese’s earlier This Is Not a Burial, It’s a Resurrection, this exquisite lament applies to many and should touch all. Mother, I Am Suffocating. This Is My Last Film About You is in English but with English subtitles to keep the spoken words clear.