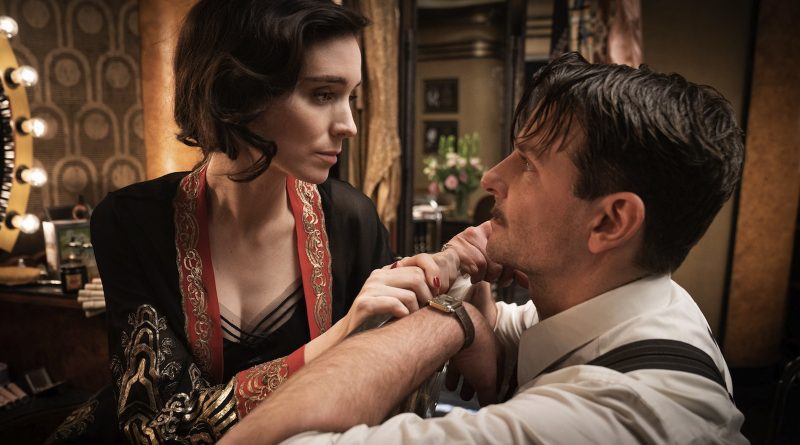 Nightmare Alley is the remake of a 1947 noir thriller that starred that swashbuckling heartthrob, Tyrone Power. Bradley Cooper steps into the role trying his best to be wickedly suave as a carny with a murderous past who learns the tricks of the traveling sideshow trade to swindle the rich as a manipulating mind reader. He’s a high plains drifter grifter.

Director Guillermo del Toro has assembled such an all star cast, how can you not be tempted to risk a walk down Nightmare Alley. Along with Cooper, there’s Cate Blanchett, Toni Collette, Willem Dafoe, Richard Jenkins, Rooney Mara, Ron Perlman and Mary Steenburgen…sounds more like the cast of an Irwin Allen disaster flick.

But as wonderful as these actors are, Nightmare Alley is a bit of a disaster…in more ways than one. While some stars chew up the scenery, others are wasted and have no chemistry with each other. This Nightmare Alley is sloooow burn noirlite that wakes you up with a few nightmarish scenes, but allows your mind to wander in between mind readings.