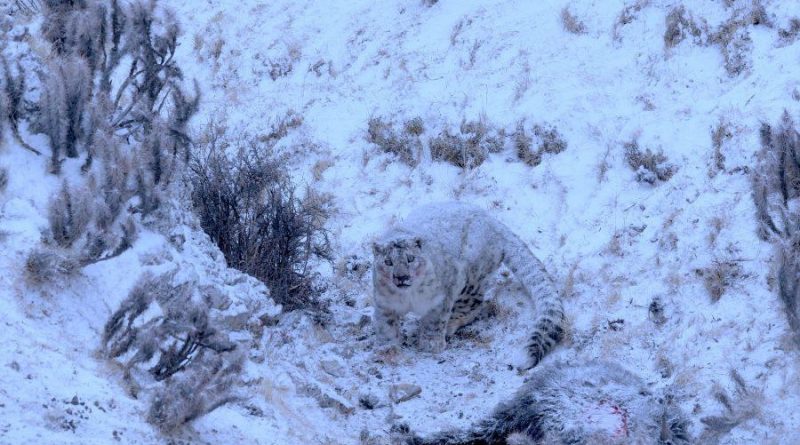 “Nature documentary” is a genre unto itself and at first glance, The Velvet Queen might appear to be just that as photographer Vincent Munier and writer Sylvain Tesson hike through Tibet in search of the rare and elusive snow leopard. But this film by Munier and co-director Marie Amiguet is so much more than a mere record of an expedition and the fauna that the travelers encounter on their quest. It is a poem, an ode to nature at its most elemental.

It is also a plea for all of us to slow down and note the animal world around, no matter where we might be. It is a philosophical essay as Munier and Tesson note the starks differences between this place that is nearly devoid of humans but teeming with life and our modern society.

For Tesson, it is a lesson in the value of patience that he passes on to the viewer in his voiceover. Elegantly scored by Warren Ellis with a new song from Ellis and musical partner Nick Cave that plays over the closing credits, the film marries sound with evocative imagery. It is the latter that is indelible, in both moving pictures and Munier’s stunning still photography of otherworldly landscapes, Tibetan antelope, bharals, picas, Tibetan fox, native bears, the bobcat-like Pallas cat, the magnificent leopard that gives Munier and Tesson journey’s purpose, and so much more. At its most elemental, The Velvet Queen delivers exhilarating adventure.