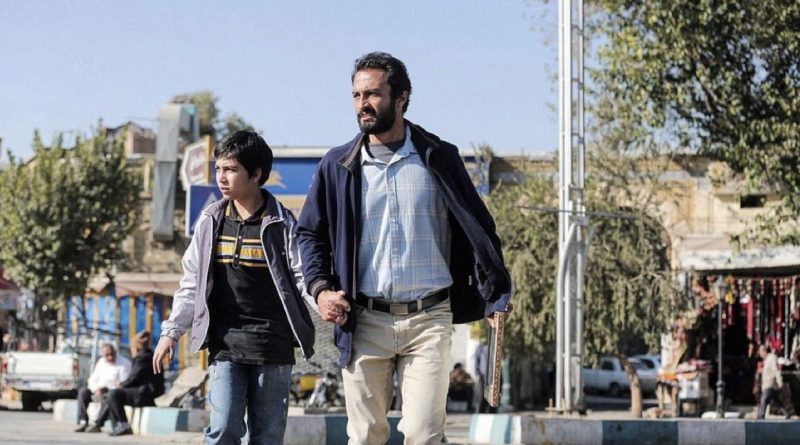 A Hero zigzags through a scheme concerning debt, family, and Iranian justice

Iranian director Asghar Farhadi takes small incidents, elaborates their details, and thereby reveals the destructive fault lines of personal and political situations. As in his brilliant A Separation, winner of the 2012 Oscar for Best Foreign Film, his A Hero takes on an illuminating tour of the tangled complexity of Iranian justice and social media, family and business.

In the contemporary Iranian city of Shiraz, because he owes money to a brother-in-law, Rahim resides in debtor’s prison from which he gets a two-day leave. Mistakenly certain he will cleverly negotiate his debt-induced imprisonment through a scheme involving gold coins and his fiancé, Rahim faces one complication after another, all delivered with seamless flow and staggering impact. Incidents affect Rahim’s extended family, his son who stutters badly, a charity organization, and the prison administrators.

Realized through professional and amateur actors, events achieve a documentary-like immediacy with Farhadi evoking empathy for the full range of credible, even minor, characters. At this year’s Telluride Film Festival’s Q&A, Farhadi said he wanted to interrogate the good versus good conflict as opposed to the good versus evil, a modern tragedy as opposed to classical ones. His avowed goal is to create a deeper understanding of each other that is universal and encompassing rather than limited and specific.

Mentioning historical nostalgia, Farhadi explained that he set the story in Shiraz to invoke national pride because of the tombs there stretching back to Persian times, a place of pre-Islamic heroes and poets. He noted that the opening scene at a monument summarizes the story as Rahim climbs high up on a scaffold of stairs and then must descend from the height. In fact, numerous metaphors enrich the breadth of Farhadi’s examination of complex, at times self-defeating, human behavior, with nods to Italian director Vittorio De Sica’s Bicycle Thieves in its pairing of father and son and in its neo-realistic style. Iran’s submission and on the shortlist for the International Feature Oscar, and nominated for an AWFJ EDA Award for Best Foreogn Language Fi;m of 2021, A Hero is in Persian with English subtitles.