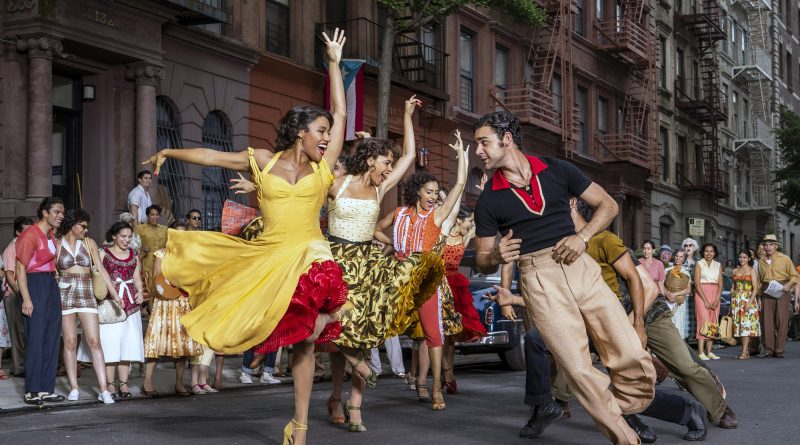 It’s hard to imagine what cinema would be like without remakes. From the lowliest programmers to the most bizarre arthouse films, no producer, director, or film star seems immune from thinking, “I wonder what I could do with that.” But taking on a remake of a film as beloved and revered as Robert Wise and Jerome Robbins’ West Side Story (1961) is another matter. Despite its flaws—an unconvincing Tony, an Anglo Maria, stagebound scenes and dances, dubbed singing—the world embraced that film and trembled with trepidation when Steven Spielberg announced his intentions to give it another go.

I was concerned about what would happen to Jerome Robbins’ magnificent choreography and use of space, and whether Spielberg’s patented emotional manipulation would somehow trivialize the genuine emotional pull of the original. At the same time, the moment seemed right to bring this story of tribal division and violence to the screen. I am happy to report that this new West Side Story more than justifies its existence as a superb entertainment with a still urgent message well signaled.

The film blends elements of the original, such as Robbins’ choreography for Tony (Ansel Elgort) and Maria (Rachel Zegler) at the school dance, with more realistic actions. Instead of the world falling away in a white haze as the teenagers fall in love, Spielberg stages this moment behind some bleachers.

Yet, he doesn’t entirely abandon the poetry of Robert Wise’s mise-en-scène. For example, the neighborhood that is the setting for this tragedy is haphazardly crumbling under the wrecking ball of “urban renewal,” rather than being efficiently clear cut for new high-rise apartments and (ironically) today’s artistic mecca, Lincoln Center. He also hangs the back courtyard of Maria’s apartment building with laundry that never comes in to be folded.

Justin Peck, resident choreographer of the New York City Ballet, largely coordinates his style with Robbins’, but finds a way to open up the dances to incorporate the community and the everyday lives of the characters—a big plus for “America,” though the dance still does not escape its clichéd construction. His new dance for “Cool” isn’t as evocative for me as Robbins’ crablike scream of shock from the Jets following Riff’s death because the sequence was moved back to its original spot before the rumble. Nonetheless, the mixture of playful sparring between Tony and Riff (a magnetic Mike Faist) as they vie for the handgun Riff has just purchased (a great new scene) and the danger of the rotting dock on which they dance provides a satisfying foreshadowing of death.

The biggest change in this West Side Story is the script by Tony Kushner. The film was so frontloaded with dialogue in both English and Spanish that I grew impatient to hear Leonard Bernstein’s magnificent score, which benefits from new orchestrations and singing voices that can handle its expert level of difficulty. Still, the intelligence of Kushner’s dialogue and where he locates each scene drive home the point that the outmoded gang culture represented by the Jets and the Sharks was bound to give way to the toxic nationalism that is currently tearing our country apart.

In a stroke of genius, it is left to Rita Morena, who has moved from her portrayal of a youthful Anita to the shopkeeper Valentina, to plead for “a new way of living” and “a way of forgiving” in “Somewhere” that is as timely as ever. Her life experience and understanding of this sad story grace the film with a welcome depth that I found extremely moving. If you have qualms, put them aside and immerse yourself in the pain and glory of this new West Side Story.