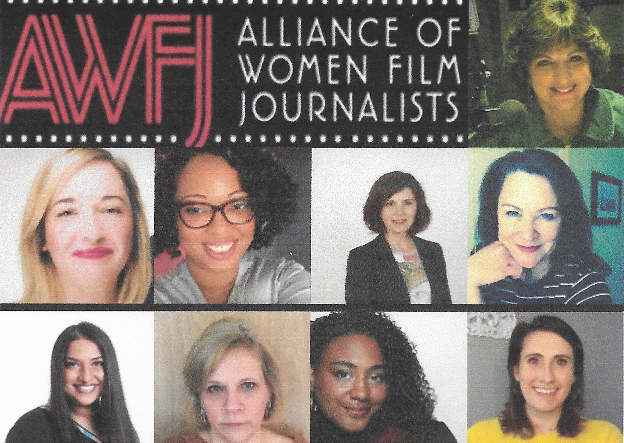 The Alliance of Women Film Journalists is delighted and honored to welcome nine outstanding female film journalists as new members, starting in January 2022. They are film critics, commentators and reporters who hail from across the U.S. and the United Kingdom, and they represent a wide range of media platforms, including popular and erudite publications, daily newspapers and other print journals, broadcast, podcast and online outlets. We invite you to follow them on AWFJ.org where you can enjoy reading their diverse opinions about films and movie industry trends.

Congrats to those who are joining us in 2022. AWFJ accepts very few new members each year. This year’s number is is actually greater than usual because we received so many applications during the course of 2021. Sincerest apologies to the many highly qualified female film journalists whose applications we could not accommodate for 2022. We hope you will keep in touch with us and we encourage you to apply for membership again in the future.

Here, in alphabetical order, are the 2022 new members of the Alliance of Women Film Journalists: is a journalist from the Pacific Northwest. She’s Co-Editor of InTheirOwnLeague.com and contributor to FIlmotomy.com, and a member of GALECA and SIFF. She’s the mother of four and a master of sarcasm. is a Staff Writer at Showbiz Cheat Sheet covering TV, film, and celebrity news. She is a member of the Alliance of Women Film Journalists, Society of Professional Journalists, and International Association of Professional Writers & Editors. She earned her Bachelor’s degree in Entertainment & Arts Management from Drexel University and began writing about entertainment in 2015, joining Showbiz Cheat Sheet in 2020. is resident film critic for The Sam Malone Show on AM 1070 in Houston. Since 2009, she’s critiqued films on KRMD (Shreveport), KILT (Houston), WCKT (Sarasota), The Liberty Eagle Radio Network and Radio Brave. She’s a proud member of Critics Choice Association, Houston Film Critics Society and a board member and 2017 inductee of the Texas Radio Hall of Fame. LONITA COOK luxuriates in her love of movie-watching as critic for KCTV5 (CBS), IN Kansas City Magazine and blackbeebuzz.com She joyously serves the boards of the Kansas City Film Critics Circle, Johnson County Arts & Heritage Museum Foundation as President and Avila School of Visual & Communication Arts (advisory) where she practices her enthusiasm for film and sister arts as a means to champion community enrichment. JENNIFER GREEN is a film critic and journalist who contributes frequently to Common Sense Media, The Hollywood Reporter and Ellensburg, WA’s The Daily Record. is a London-based film critic for both the consumer press (The Observer and The Guardian) and the trade press (Screen International). She writes features and interviews and she regularly hosts panels and live events. Wendy is a regular on the film festival circuit and has previously consulted on festival programming for the London Film Festival and Tallinn Black Nights Film Festival. ASHANTI OMKAR is a London-based broadcaster who;s worked with the BBC for a decade. She contributes to Total Film Magazine & Podcast, Guardian, TimeOut, and Metro, commenting on films, music and representation matters. She’s a voting member of the UK Film Critics’ Circle in film and music sections, and is on the awards and inclusion committee. She’s a BRIT Awards, BIFA, Sundance voter. KAT SACHS is a freelance film critic and programmer based in Chicago. She’s the co-managing editor of Cine-File Chicago with her husband, Ben Sachs. In addition to Cine-File, she writes for the Chicago Reader, has contributed several pieces to MUBI and programs screening series in Chicago.