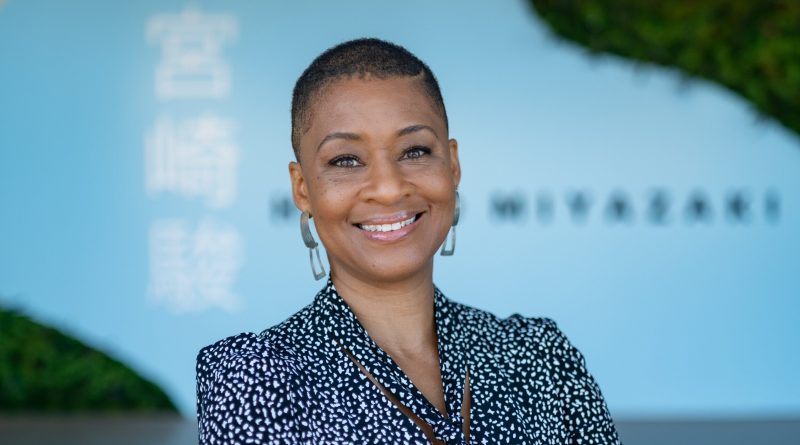 This past September, Jacqueline Stewart, a professor in the department of cinema and media studies at the University of Chicago, received a stunning phone call. She learned that she had been chosen by the John D. and Catherine T. MacArthur Foundation as a 2021 MacArthur fellow and would receive a no-strings-attached grant of $625,000. Receiving the so-called “genius” grant came as a complete surprise to Stewart, who, like all MacArthur fellows, had no idea she was even under consideration.

For those who know Stewart and her work, however, her selection seems the most natural thing in the world. Her research and pedagogy focused on African American contributions to film culture have provided vital links to an important part of American history and brought the lives and reputations of African Americans in the film industry to greater prominence at a time when people of color are asserting their right to have their stories told.

Stewart came by her passion for film the way many of us do—through the influence of film fans in her own family. “I used to spend a lot of time with my aunt and my grandmother at their house on the South Side of Chicago,” Stewart says. “My aunt and I would stay up late and watch movies on TV every night that I was there. There were always these classic films on.

“My aunt was born in 1921, and she knew so much about these films because she had seen them when they first came out. Watching the movies were entertaining to me, but it was more than that. The stories that she would tell and about the theaters that she went to. I just became fascinated with these films.”

Stewart recalls that her early TV movie watching offered her an additional opportunity that is rarer these days. “Movies on TV had commercial breaks, and those breaks actually became moments for us to have conversations. And I think that was a major part of what excited me about movies—that it wasn’t just about the movies themselves, but about the dialogue that you could have about them. “

DEVELOPMENT OF A CRITICAL EYE

Stewart credits these early conversations about film with influencing her as an English major at Stanford University to interrogate narratives in the literature she was reading, as well as the films she was increasingly drawn to. “I became more and more interested in movies during the period when Spike Lee’s career was taking off.”

Lee’s first feature film, She’s Gotta Have It, centering on a Black woman character “felt totally new,” Stewart says. “At the same time, I had questions about the way that he was representing this woman and representing Black women’s sexuality. There was something about it that felt uncomfortable to me, even as I was enjoying it. I ended up writing my BA thesis on She’s Gotta Have It, reading that film through a Black feminist lens.”

Stewart jumped headlong into an examination of film history as a graduate student at the University of Chicago in the early 1990s. “Film studies was just being formalized there,” she recalls, “and they hired a scholar named Miriam Hansen who wound up being my dissertation advisor and my mentor. And she specialized in silent cinema.”

Stewart had the chance to learn not only from Hansen, but also from silent film scholars Hansen hired—Tom Gunning and Yuri Tsivian. All are leading figures in the field of film studies and pioneers in silent filmmaking scholarship.

Stewart says, “What I loved about their approach was that we would look at questions of film style and film form, but it was also deeply related to cultural history and the ways that people were experiencing their everyday lives, the transformations of moving from farm to factories, and ways that people thought about time and space and urban life. Thinking about the emergence of cinema and the experience of film spectatorship was central to understanding my modern life.”

CREATING A BODY OF SCHOLARSHIP

Stewart’s pedagogy and research focuses on African American film cultures, as well as the archiving and preservation of moving images, and “orphan” media histories, including nontheatrical, amateur, and activist film and video. She also serves at the university as director of Arts + Public Life.

She is the author of Migrating to the Movies: Cinema and Black Urban Modernity (2005) and the co-editor of LA Rebellion: Creating a New Black Cinema (2015). Her newest book, co-edited with Scott MacDonald, is William Greaves: Filmmaking as Mission (2021), about that prolific Black documentary filmmaker. Of this effort she says, “It was an incredible opportunity to highlight a filmmaker who was so prolific, and yet it’s amazing that there had not already been a full book-length study of his work and his impact.”

She currently is working on a book about Black filmmaker and actor Spencer Williams, who she says has been overshadowed by Oscar Micheaux “when people talk about the race movie period of independent Black filmmaking.”

In Chicago, Stewart serves as director of the nonprofit arts organization Black Cinema House and the South Side Home Movie Project. Nationally, she serves as a director of the National Film Preservation Board and co-curator of the L.A. Rebellion Preservation Project at the UCLA Film and Television Archive. Her expertise in silent films has led to her role as a presenter of silent films on Turner Classic Movies. And beginning in January 2021, Stewart became the chief artistic and programming officer of the Academy Museum of Motion Pictures. In that role, she will help launch “Regeneration: Black Cinema 1900–1970,” a first-of-its-kind exploration of the contributions that African American artists have made to the film industry from the very beginning co-curated by Doris Berger, the museum’s acting head of curatorial affairs, and Rhea Combs, supervisory curator of photography and film at the Smithsonian’s National Museum of African American History and Culture.

“This exhibition has been planned since before I took on my new role. In fact, I was a member of the advisory committee for the exhibition before anybody talked to me about coming to the museum,” says Stewart. “It moves through what we call the race movie era and independent black filmmaking in the early 20th century, and considers how Hollywood struggled with and continues to struggle with how to represent African Americans. It’s a really sweeping look at the legacies of Black film work prior to the contemporary moment. I think that it’s going to be a real revelation to people to know how deep this history is and to think about how filmmakers like Spike Lee, Ava DuVernay and Tyler Perry are indebted to these artists who came before.” As a deeply committed film scholar whose work is resurrecting forgotten figures—particularly African American artists—in cinematic history, Jacqueline Stewart is changing the face of American culture. Her contributions as an educator, curator, archivist, author, and popular presenter will ensure that diversity both of narrators and narratives will enrich our culture for years to come. — Marilyn Ferdinand