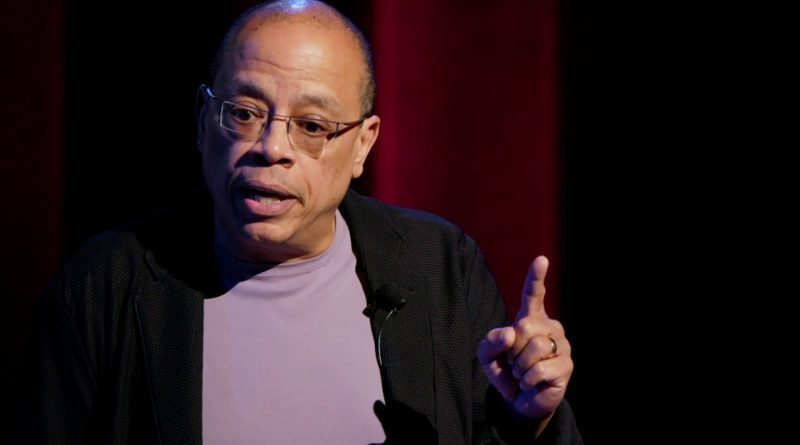 As if he were giving the closing argument of a lifetime, lawyer, author, and activist Jeffery Robinson seamlessly lays out how America is one of the most racist countries in the world, while he simultaneously works to move racial justice forward. His most impassioned point; they are not mutually exclusive.

The pervasive culture of white supremacy began the instant the original colonizers from Europe arrived. Robinson explains the fundamental laws created and enforced by the first Americans and the generations who followed. Some of these laws made me gasp in horror. As Jeffrey Robinson runs down the articles in The Constitution, you will feel like you know nothing. Why had I never heard of much of this information before?

Law student and former Obama staffer Darren Martin’s story is the first of many. He recalls his offensive encounter with the NYPD when a neighbor called the police on him as he moved into his new apartment on 106th street in 2016. He had the forethought to Livestream the incident on Instagram. It made national news. Martin’s emotional scar is a prime example of the everyday racism that people of color endure. Photographs and newsreels from events such as the Tulsa Massacre and the march in Selma are juxtaposed with horrendous modern-day brutality and murders captured on cell phones. These household names have sparked a new revolution. Things have to change.

The science behind bias is much more complex than you think. Airbnb is testing out an algorithm that blocks the names of individuals attempting to book, essentially as an implicit bias study. We’ve seen what happens when black families have their homes appraised well below market value. When a white person poses as the owner, you guessed it, the appraisal skyrockets.

White parents do not have to have the same conversations with their children. We don’t. “Who controls the past controls the future. Who controls the present controls the past.” George Orwell’s quote from 1984. While our government in 2022 looks more like the reality of our homogeneous cultural makeup, it’s still predominantly controlled by white men. We need to keep our eyes and ears open. We need to seek the truth. Who We Are is going to inspire so many to get involved. These are the history lessons that must be taught. Anyone who fears them or uses them as a political football should look long and hard at why.

“Ignorance is not bliss, ’cause it allows a false history to thrive.”