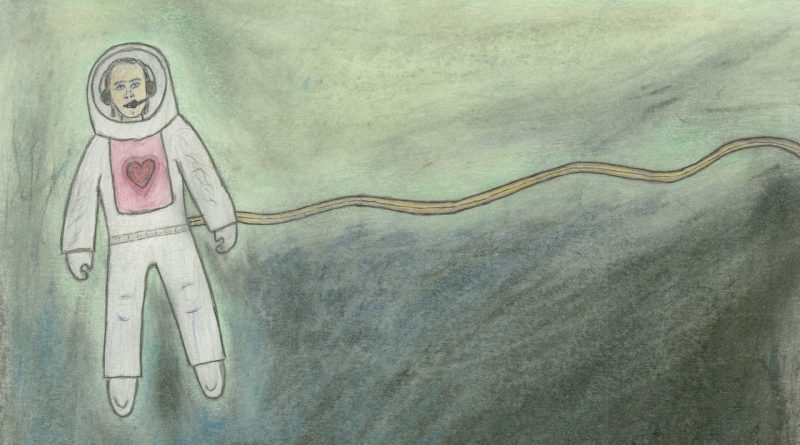 Fans of new, unique offerings have a treat in store with the 1984 Delta Space Mission, the first animated feature film from Romania. Directors Mircea Toia and Calin Cazan present a fast-moving science fiction story with a wonderful sound mix interpreting flamboyant compositions. Restored from the camera negative, the geometric objects and multi-colored characters appear to be from another era.

Indeed, since they are, it’s delightful to nostalgically reenter a less cynical, more simplified space adventure through a mission intended to establish intergalactic interaction. The plot unfolds in a straightforward, accessible fashion. It’s 3084 as Alma, the reporter from Planet Opp, recognizable with blue-green skin and dazzling red hair, boards the egg-shaped Delta spacecraft to rescue a pilot from K2. Along with her faithful, resourceful robot dog Tin, Alma faces an abundance of predicaments, including an anthropomorphic Delta brain that fixates on her, crashing into another planet’s marshes where robots are programmed to be relentless in their capture of Alma, followed by her attempt to escape through a level five threat jungle.

Alma learns that robots don’t fight fair, that it helps to be biologically adapted to alien atmospheres, that energy nets pose a daunting challenge, and that she’ll have to destroy the super brain in love with her to succeed (HAL anyone?) It’s great fun with an explicitly stated positive message: dreams, joy, smiles, hope, and happiness, among other elusive ideas, can’t be programmed into the computer. And “mankind’s dream has always been for science to preserve life.” These ideas never interfere with a fabulous adventure of floating geometric shapes, rapid changes of scenery, and captivating voices.

The score I praised, a series of synthesized electronic pieces by Calin Ioachimescu accompanies scenes from beginning to end, a backdrop that gives the story an other-worldly feel. Consciously and probably unconsciously it keeps us on edge with fear of trouble right around the corner. In a quick seventy-one minutes, Delta Space Mission is charming. In Romanian with English subtitles.