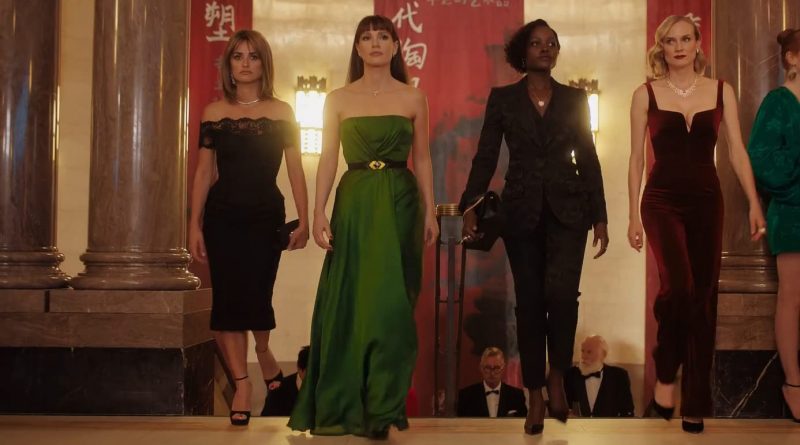 The 355 is an estrogen filled secret agent thriller the title of which refers to the code name of a female spy who fought for the Patriots during the American Revolution. The 355 stars Jessica Chastain as a rogue CIA operative who is forced to assemble a bevy of beautiful bad mama jamas to help her retrieve a top secret weapon of mass destruction that fell into enemy hands after she was double crossed. Penelope Cruz, Diane Kruger, Lupita Nyong’o and Bingbing Fan round out the United Nations of negotiators who take us around the world as they shoot first and ask questions later.

The 355 is The Real Housewives of Espionage: the tech whiz who has left her boyfriend behind in London, the psychologist who is determined to get back to her children in Colombia, the fearless German powerhouse with daddy issues and the American leader of the harem with a lost love and a cross to bear. She’s Jason Bourne with breasts. The 355 is a bit Mission Impossible, a bit predictable, a bit laughable, a bit intense and a bit ruthless…as if the ladies of Ocean’s 8 went straight . But no matter how tough these Avengers in A-line skirts were, they still got a PG 13 rating. Sexist? Rick slept like a brick during the first half of this flick full of chick tricks despite how slick and quick they were.