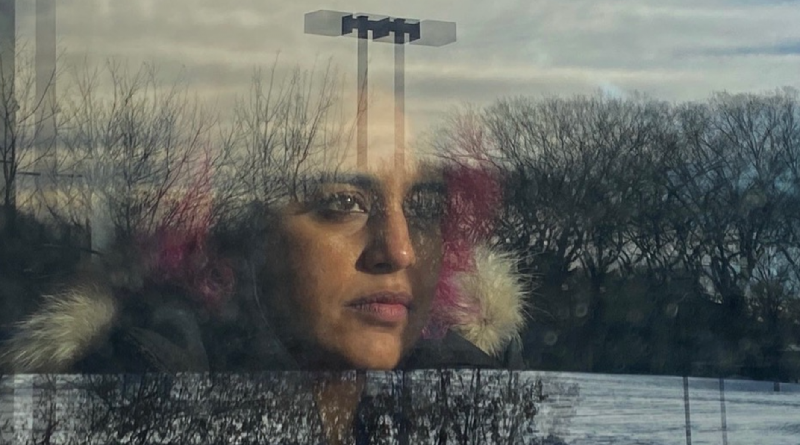 Written and directed by and starring Agam Darshi and recently acquired by Ava DuVernay’s ARRAY Releasing, Donkeyhead is a family drama centred on Mona (played by Darshi), a thirty-something woman who has returned to her family home to sort out her messy life as a failed writer. Soon, a short break turns into several years and then her father is diagnosed with cancer. After he takes a turn for the worse, Mona’s more successful siblings descend on the traditional Sikh family home, determined to take the reins and manage the situation better than Mona has. Family dynamics quickly come into play as Mona reconnects with her siblings and comes to terms with the life choices she has made in the past.

Inspired by elements of Noah Baumbach’s quirky family dramedies, Donkeyhead explores deeper family ties and pressures beyond the typical South Asian immigrant experience. Instead of exploring the pull between South Asian and Western pressures often depicted on screen, Darshi focuses on individual and universal themes through her characters – who just also happen to face the pressures of being a part of a second-generation immigrant family.

In the film, Mona is finally confronted with not just the choices she has made in the past but the consequences that come with them. One of those questionable life choices is her affair with an unhappily married older man played by the Canadian Sons Of Anarchy actor Kim Coates. More than 30 years Darshi’s senior, the egregious age difference serves to illustrate the messy choices Mona has made that have taken her away from her path as a writer.

Filmed in Regina, Saskatchewan during the pandemic, Donekyhead is a movie with a lot of heart. The title itself is a play on a term of affection used by Punjabi parents towards their children. The real draw here is English-Canadian star Darshi who was nominated for a Canadian Screen Award for her role in Funny Boy directed by Deepa Mehta, who also acts as a producer here. Darshi has made it known that she has not only a unique voice, but the talent to deliver both in front of and behind the camera. It will be exciting to watch what comes next for Darshi.

The film, which also stars Canadian actors Sandy Sidhu, Stephen Lobo, Huse Madhavji, Marvin Ishmael, and Balinder Johal, will be released by ARRAY on Netflix outside of Canada on January 21 through their partnership deal and theatrically by LevelFilm within Canada in 2022.