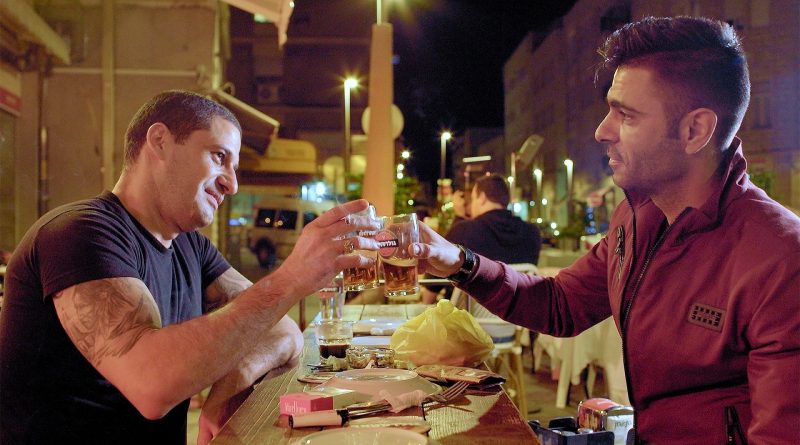 It’s called gastrodiplomacy, and it’s about expanding perspective and winning hearts through the stomach. Nowhere is it better exampled than in filmmaker Beth Elise Hawk’s documentary Breaking Bread, about the A-Sham festival. A-Sham is a three day celebration of Arabic and regional food that takes place every year in Haifa, the city where Jews and Arabs have lived side by side since the 1930s, becoming the most tolerant and open-hearted metropolis in Israel.

The passion project and brainchild of Muslim Arab chef Dr. Nof Atamna-Ismaeel, a woman who was the first Arab Muslim to win Israel’s Master Chef, the A-Sham festival celebrates regional and Levantine cuisine and partners Jewish and Arab chefs to create meals together. The Levant is the region that was broken apart by colonizers, known today as Syria, Lebanon, Israel, Palestine, Jordan, and the Hatay Province of Turkey. A-Sham brings together chefs, all masters and artisans, with different political or religious beliefs who share the love of great food. Many of them are creating dishes handed down through generations of family.

This documentary has some of the most mouth-watering and gorgeous food cinematography I’ve ever seen, something amateur cooks and foodies of all political persuasions will love. It is also an incredibly joyful film, one where we witness lifelong friends being made, differences abandoned in favor of a celebration of life and survival, with new recipes being born and old recipes being lovingly, proudly shared before our eyes.

At times, Breaking Bread feels like a 90 minute promo for the A-Sham festival, but that’s ok. Beth Elise Hawk’s documentary is still also about building trust and finding reconciliation by way of creating art together, in this case, food. It’s not a new idea, but if Breaking Bread is any indication, the endless and often fruitless postering by politicians should be scrapped in favor, or maybe in flavor of, this kind of diplomacy. Atamna-Ismaeel concedes that this fest alone won’t change the world, but she believes if more people create these kind of collaborative projects, it can make a huge difference in bringing peace to the world.