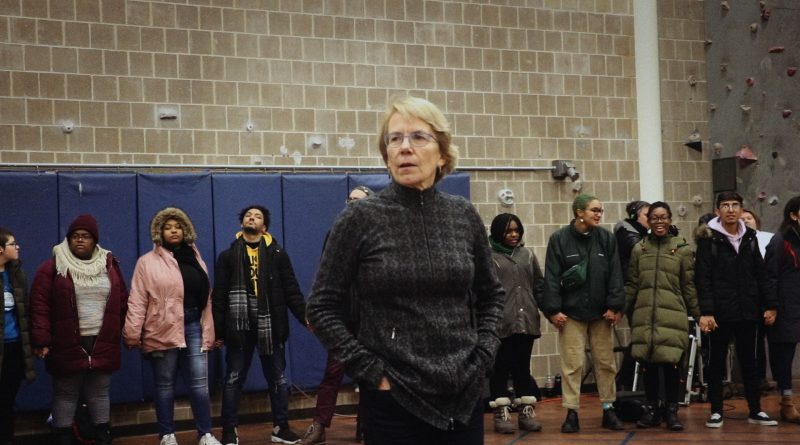 In 2019, a crisis at Hampshire College was unfolding as new president Miriam “Mim” Nelson attempted to give up the independence of the experimental liberal arts school. Unhappy with the underhanded attempt to change the college’s status and seeking to hold the administration accountable, students led a 75-day sit-in protest in Nelson’s office – the longest of its kind in American college history.

Hampshire College alum Amy Goldstein documents the events of 2019 in the new documentary The Unmaking Of A College. Using recorded eyewitness footage from the sit-in inside Nelson’s office and weaving it with testimony from students involved in the protest, Goldstein paints a picture of unrest on campus.

Utilizing straightforward interviews with faculty, students, whistleblowers, and alumni including famed documentarian Ken Burns, Goldstein attempts to shape a portrait democracy through the youth standing up for what they believe in.

While the larger themes within the documentary are intriguing, unfortunately the story fails to appeal to a wider audience. Too streamlined and focused on the specifics of Hampshire College, it is hard to imagine the story capturing the attention of anyone not already familiar with the school. Part of the issue is Goldstein’s choice to have students recall the situation piece-by-piece in chronological detail so that the lead up to the sit-in drags on at a snail’s pace. Despite a running time of 84 minutes, the documentary feels unnecessarily long with the content more suited to a local newscast than a feature-length film.

While students should be commended for their passion – one of the very things Hampshire College celebrates – comparing their protests to the Civil Rights Movement and Vietnam War protests feels misguided. Some of the recollections of the students drift leading Goldstein’s narrative to feel unfocused at times. Had the documentary perhaps broadened its subject matter to include some other youth-led protests within history or cast a wider net to look at student-led movements on other campuses, it likely would have made for a more intriguing narrative.

With its too-niche subject matter, The Unmaking Of A College ultimately comes across as no more than a promotional video for Hampshire College.