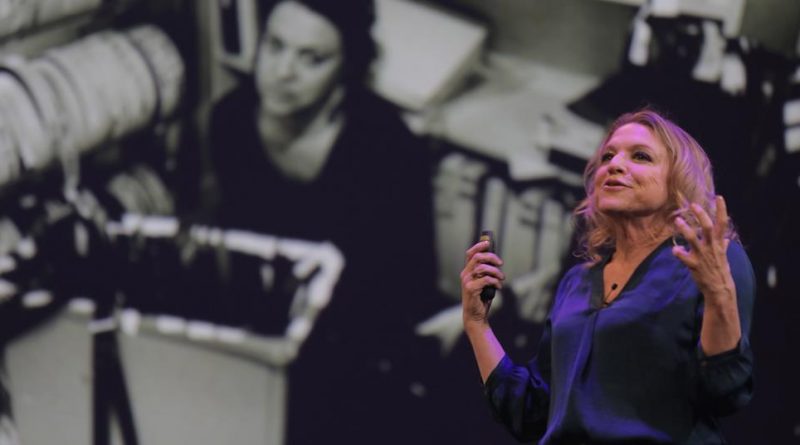 When I first started writing film reviews in 2004, I did it for the love of the form, not because I was formally trained to do it. I had a lot to learn, but one thing I noticed right away was that I often didn’t see films the same way the majority of film reviewers saw them—and that seemed to have something to do with the fact that they were male and I was female.

As I grew at my craft, I noticed that I also didn’t see films the way audiences saw them. This was made clearest to me when I panned the sexism of the 2013 film 1,000 Times Good Night. Audience members pointed out to me that the story of a female combat photographer couldn’t be sexist because the director, Erik Poppe, actually had been a combat photographer before he embarked on a career making movies. This attitude made absolutely no sense to me on its face, but it definitely revealed that the moviegoing public accepted without question that a man’s experience is the default experience of all people.

The knowledge that took me years of study and practice to acquire is now available to anyone who watches Brainwashed: Sex-Camera-Power. Influential independent filmmaker and educator Nina Menkes is not a documentarian, but she says that Brainwashed was a film she was urged to make by the many students and industry professionals who attended her lectures on how Hollywood films are constructed to privilege the male gaze over all other points of view.

The male gaze is a term coined by film scholar Laura Mulvey (who is interviewed in this film) to describe the heterosexual male’s view of women as sexualized, passive objects. Particularly in Hollywood, whose products are seen by 80 percent of the world’s population, male film executives decide which films get made and distributed. Invariably, the projects that are greenlighted are made by male directors, screenwriters, and cinematographers. It is this male-dominated industry that provides the propaganda that keeps patriarchy in power.

Through the use of film clips, Menkes shows how a film vocabulary has formed and hardened into accepted practice—one used even by women filmmakers. This vocabulary includes shooting women in flat, two-dimensional light that contrasts with the three dimensions men are allowed to inhabit (The Lady from Shanghai); shooting women as a series of body parts rather than as whole people (Lost In Translation); standardizing sexualized images such as butt shots and slow-motion panning down a woman’s body (Die Another Day); using sound design in which men are recorded having conversations, but women in the same location are seen, but not heard (Raging Bull); creating scenes in which a man forces a woman to accept his sexual advances, only to have the woman surrender to him happily and willingly (Gone with the Wind).

It is Menkes’ contention that these internalized norms of film construction influence how men and women behave in the real world. If women cannot be heard in a film, it’s only a short leap to silencing them in workplaces, public spaces, and relationships. If women are sexualized and give in to men’s sexual demands with pleasure in the movies without negative consequences, then sexually harassing and raping them in real life won’t seem so wrong.

Menkes draws on the comments and experiences of a wide variety individuals who have worked in or studied this oppressive system. Actor Rosanna Arquette recalls how sexual predator Harvey Weinstein destroyed her career when she refused to have sex with him. Director, activist, and co-producer of Brainwashed Maria Giese recounts how she pushed for the federal investigation into discriminatory hiring practices in Hollywood that may prove to be a game-changer. And names are named. Among the directors who are called out for their damaging images are Denis Villeneuve, Nicholas Winding Refn, Jean-Luc Godard, Spike Lee, and Park Chan-wook.

It is clear to me and many people like me that movies are more than mere entertainment. Obviously, men at the top of the filmmaking food chain are trying to protect their financial interests, but they are protecting so much more. They are protecting their right to behave however they wish toward the people they consider their inferiors. It will not be easy, but through the education that Brainwashed provides, we can make room for the voices these gatekeepers wish to silence.