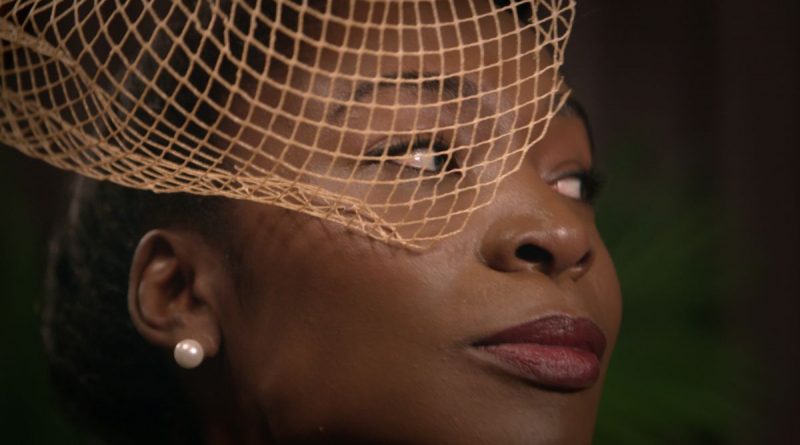 In director and co-writer Chase Joynt’s uniquely structured, hybrid documentary Framing Agnes, he uses the framework of a black and white 60s talk show to bring case file transcripts from a 1950s gender clinic to life. Expanding on the award-winning 2018 short film of the same name, Joynt plays the part of the interviewer and is joined by an impressive list of luminaries from the trans community including Zachary Drucker as Agnes, Jen Richards, Angelica Ross, and Silas Howard, who bring life to real subjects originally interviewed in the mid-20th century.

My first exposure to Chase Joynt’s work was as co-director on 2020’s No Ordinary Man, a documentary that centers on jazz musician and trans icon Billy Tipton. In Framing Agnes, he goes solo as director, partnering with Morgan M. Page in writing the screenplay. The same blend of fiction and nonfiction is used here, with a number of the same trans actors similarly personifying real-life characters, in this case the subjects of Harold Garfinkel’s 1960s gender health research. They perform word for word from study transcripts, bringing visibility and voice to their transgender subjects and their daily challenges, struggles, and frustrations, and exposing the roadblocks and judgments they encountered, not least in the way Garfinkel himself approached and questioned them in interviews. There are enlightening moments where several subjects relay the powerful and loving community that support them, contradicting the notion that the trans experience is one of exclusive isolation. A number of transcripts detail connection and support from others, from both inside and outside the trans community. As with all communities, the trans world contains multitudes.

Joynt also interviews the actors about the figures they are portraying, and how the experience of inhabiting them resonated with them or changed their view of trans history. Those insights alone are worth seeking out the film.

Also insightful and informative are the interviews with Jules Gill-Peterson, a trans history expert and associate professor of history at John’s Hopkins. As author of History of the Transgender Child, she speaks to the misguided belief, challenged through transcripts from 50s trans teen Jimmy as performed by Stephen Ira Cohen, that kids who identify as trans are something unique to the 21st century.

It’s fascinating to hear words by a diverse group of trans men and women from the distant past made real, and learn what they, essentially pioneers or trailblazers of the trans community, were going through. What is frustrating, and what should be a call to action for anyone with a sense of social justice, is that in the interviews with the performers it’s clear many are dealing with some of the same struggles and the same bigotry as those whom they portray. It’s not immediately clear how much of the dialogue is taken directly and how much is part of the conceit of the talk show structure, but what is in evidence is there’s much about trans history and the trans community today made reductive by the larger world. Chase Joynt and his collaborators are trying to change that through art, and they’ve made a significant contribution with Framing Agnes.