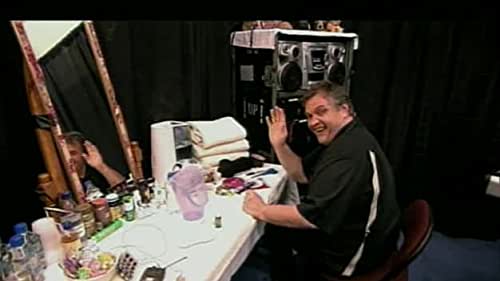 At age 59, legendary rocker Meat Loaf launched a worldwide tour to promote his new album, Bat Out Of Hell III, with new stagings of some of his most popular songs. This is the first time the iconic star had given a film crew access to his grueling artistic process.

In Meat Loaf: In Search of Paradise, director Bruce David Klein presents a fascinating behind-the-scenes look at Meat, a performance perfectionist, sweating bullets over his show, often revising details at the last minute, to the consternation of his dedicated crew. At the same time, Meat’s innate need for privacy keeps his enigmatic aura intact.

The film is a great backgrounder on the enigmatic and charismatic rock icon, with Intimate behind-the-scenes glimpses of Meat Loaf preparing to tour, an interesting reveal of Meat Loaf’s angst about media’s review of the ‘make out’ number, and excellent footage of several iterations of live performances of Meat Loaf’s greatest hits.  This great rock doc is one of the best. ContInue readIng on CINEMA CITIZEN.