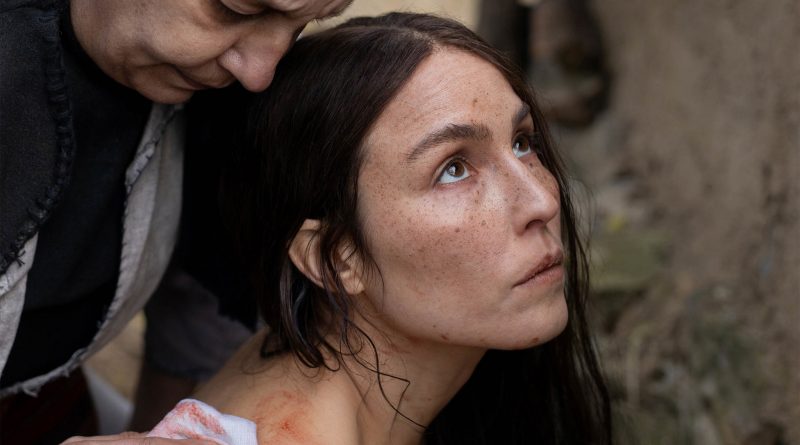 Tucked away in the idyllically scenic 19th century Macedonian mountains, the villagers fear the fable of Old Maid Maria; a witch or Wolf Eateress who drinks the blood of both humans and animals and has one chance to find an apprentice or a Witch’s Spit. Violently arriving at the hut of a woman with a newborn, the Witch (Anamaria Marinca) makes a pact with the mother to come back in 16 years, but leaves a mark on the child by slitting her vocal folds leaving her voiceless. Raised like a captive wolf in a cave in an attempt to shield her from her fate, the child (Sara Klimoska) grows and on that promised day, she is taken by the Witch.

The Witch finds the girl to be useless and discards her after branding her a witch forever, leaving her to wander the world in wonder. She’s like a newborn discovering common objects, people, and actions for the first time as we are privy to her inner voice superimposed upon the gorgeous and sometimes ethereal visual backdrop of life in all its many forms here.

Writer and director Goran Stolevski’s poetic horror film is both visually and intellectually captivating as we watch this young girl transform herself into others, awaiting a chance to find love and happiness. We see the world and the people through her innocent eyes even as the inadvertent gory violence occurs. This is one of the most unexpectedly touching, vibrant, and disturbing looks at the amalgam of horror, human nature, and our explicit desires.