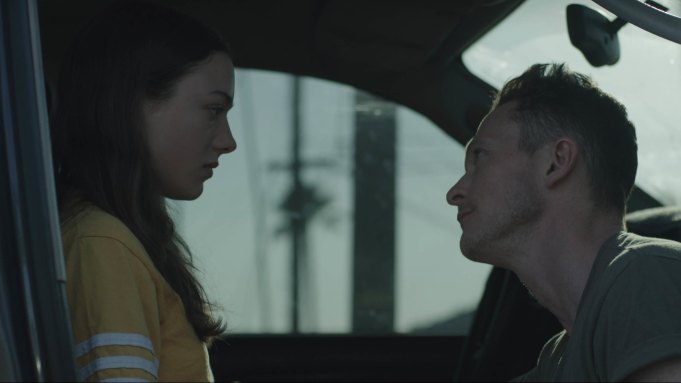 Filmmaker Jamie Dack’s Palm Trees and Power Lines was incredibly frustrating to watch. Based on the 2018 short of the same name, Palm Trees and Power Lines follows Lea (Lily McInerny), a 17-year-old girl with a typical teenage life: she gets high with her friends, occasionally has sex with one of them in the backseat of a car, and doesn’t really care for her mom’s (Gretchen Mol) revolving door of men. Only when she meets Tom (Jonathan Tucker) after a morally misguided mishap at a local diner does Lea start to feel seen.

At first, Tom’s goal is unclear — is he just being nice, or does he want something more? Slowly, the power dynamic shifts as Lea gives more of herself to Tom, who may be 34-years-old, but he gets Lea’s teenage turmoil and indecision about what to do with the rest of her life. When Tom brings Lea back to his “home” — a motel room — Palm Trees and Power Lines becomes a darker story.

Eventually, Lea allows herself to get so frustrated by her life and those around her that she falls right into Tom’s a̶r̶m̶s̶ trap. She decides to run away with him after extensive promises to provide for her. But this so-called dream life doesn’t come without a cost to Lea — she must pay her dues in the form of sexual favors to older men.

Disheartened by her new lifestyle, Lea ultimately breaks away from Tom. Lea goes back home to her mom, starts helping more around the house, and even spends time with friends she was once “too mature for.” If only for a moment, you think she’s going to begin healing from this toxic, inappropriate, not to mention illegal relationship. But Dack has bigger plans.

Dack and cinematographer Chananun Chotrungroj shot the film intentionally flat and through a dull lens. Still, Palm Trees and Power Lines will feel like magic because we’re getting the story from Lea’s perspective — that of a teenage girl with everything to lose and a lot to learn.