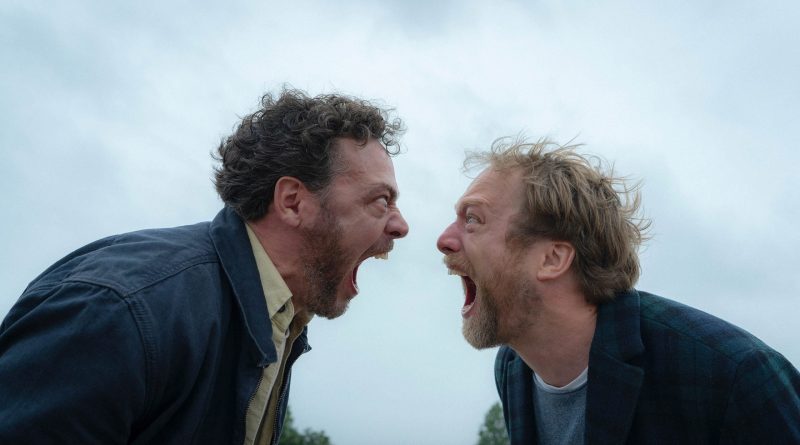 Speak No Evil is a chilling Danish horror film programmed at Sundance 2022 that proves there is such a thing as being “too polite.” From writer and director Christian Tafdrup and co-writer Mads Tafdrup, Speak No Evil delivers satirically on cringe-worthy encounters to examine human nature through the horror lens.

In the film, Bjørn (Morten Burian), Louise (Sidsel Siem Koch), and their daughter, Agnes (Liva Forsberg) vacation in Italy, where they meet the overtly friendly Patrick (Fedja van Huêt), Karin (Karina Smulders), and their taciturn son, Abel (Marius Damslev). The two families quickly form friendships as they bond over food, family, and good conversation. Shortly after returning home, Bjørn receives an invitation to visit the Dutch family in southern Holland. Despite their initial hesitations, Bjørn and Louise pack their car up and head to Holland, hopeful to continue their fun in Italy but mostly because “it would be rude” not to go.

Despite ignoring Louise’s vegetarianism or Agnes’ makeshift bed on the floor, the family remains ever so polite as Patrick and Karin’s disregard expands. Previously friendly topics become a source of division between the two families as it becomes glaringly apparent how “differently” they do things. From the languages they speak to the methods they parent, Lousie is the first to acknowledge the growing sense of discomfort while Bjørn leans into being polite.

After countless opportunities to escape, Bjørn discovers Patrick and Karin are running a sinister operation in which they befriend families only to strip them of their children. Abel doesn’t have whatever medical condition Patrick conjured up — he and Karin cut his tongue out so he could not speak of the evil the couple unleashed upon Abel’s biological parents. In the end, Patrick and Karin successfully manipulate another family, replacing Able with Agnes and stoning Bjørn and Lousie to death.

Speak No Evil is a fresh look at the lengths to which people will go to ignore their discomfort and avoid being offensive. The tension Bjørn and Louise feel throughout the narrative is palpable thanks to Tafdrup’s tight cinematography, van Huêt and Smulders’ performances, and the chilling score from Jason Camiolo. For as much as audiences wanted Bjørn and Louise’s survival instincts to kick in, they never did, fulfilling one horror trope in an intensely introspective way.